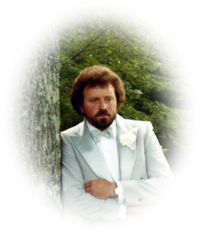 William Edward Dyer was born September 15th, 1949. He was the fifth child and the third son of Paul Dyer and Susie Walls Dyer. William was a good student, graduating with honors from Macedonia Elementary School and Towns County High School. He played point guard on the TCHS basketball team and held the record for free throw attempts during one of his seasons playing. He practiced basketball in the family barn with hand painted lines to mark the distance.
William crossed Unicoi Gap to study tool and dye at the Clarksville Technical School.  Like many local boys, he then went to work in Atlanta. A doting uncle, he would bring pizza and select 45 records home to his nieces on his weekend visits, absolutely spoiling them.
But like many ambitious, young Southern men, the mountains called him home. William gave up his Atlanta job and his Dodge Charger with hood pins and bucket seats for a used farm truck. He joined his father and his brothers in business as a partner in Dyerâ€™s Trout Farm. Today Dyerâ€™s Trout Farm is a successful business, delivering North Georgia rainbow trout to restaurants in Hiawassee to farmerâ€™s markets in Atlanta and beyond.
As a devoted father to his little girl, William dabbled in the horse business. Hannah inherited her fatherâ€™s smarts and athleticism. She attended college on a full scholarship. He was so proud of her three National Championship titles she earned during the four years that she rode for the University of Georgia Varsity Equestrian Team.
William will be remembered for his quirky sense of humor, his zest for life, and his frugal habits. He also had an intellectual curiosity and the inherited Dyer determination and stubbornness that could deem him nothing less than admirable. For the past several years, he spent his Sunday afternoons playing hockey at an ice rink in Gwinnett County. He absolutely loved skating around, practicing, and joking with the some of the late Atlanta Thrashers players. William probably was the only local boy with a true ice hockey smile.
William Edward Dyer is survived by his daughter Hannah Dyer, her mother Debbie Akins, sisters: Virginia Dyer Palmer, Viola Dyer Waldroup and Jeff, Willene Dyer Haigler and Richard; brother, Willis Dyer, and several nieces and nephews. William Dyer was preceded in death by his father and mother Paul and Susie Dyer and brother Willard Dyer. Funeral services were held on Wednesday, November 27, 2013 at 1:00PM from Mt. Zion Baptist Church with Rev. Jimmy Tanner and Rev. Samuel Burger officiating. Pallbearers were: Gary Canup, Jason Dyer, Carroll McKinney, Nicholas Dyer, Shane Woodruff and Jesse Woodruff. Interment was in Mt. Zion Baptist Church cemetery. Banister Funeral Home of Hiawassee in charge of arrangements.

To send flowers to the family in memory of William Edward Dyer, please visit our flower store.
Send a Sympathy Card