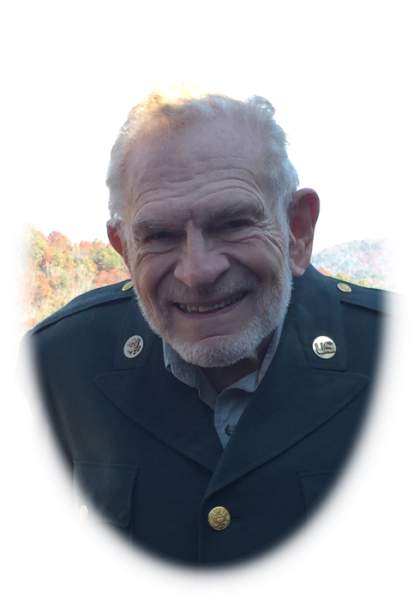 Bill was born in Highland Park, Michigan on June 11, 1933 and had a life well lived until his death May 28, 2020 at the age of 86.  Bill had been hospitalized briefly and passed away at the NE GA Medical Center in Gainesville, GA, with his wife, Carol, by his side.  During his stay at the hospital Bill had nothing but praise for the care provided him. Bill and Carol were married in 1981 and had recently celebrated their 39th anniversary.  They retired in 2005 and moved from Warren, MI to the beautiful North GA mountains of Hiawassee.

Bill was the first born son to the late Miriam (McCutcheon) and Leland Powers. He was preceded in death by his sister-in-law, Wilma Powers. In addition to his wife, Bill leaves behind two brothers, Byron Powers of Huntsville, AL and James M. Powers of Young Harris, GA; four nephews, Steve, Scott, David and Jeffrey Powers.  Also left are niece Christine Teague and sister-in-law Christie Powers - as well as too many friends and extended family members to name.  Bill was a man who never forgot his friends and family and honored those relationships with love, respect and fidelity.

Bill graduated high school at McKenzie High in Detroit, a school he described as extraordinary.  He attended Michigan State University, graduating with a BA in 1955.  He then did a two year military stint in The Army Intelligence Corp., where he met and made lifelong friends, John Stone and Curtis Slabaugh.  Bill went on to have a long career as a life insurance agent, both in Michigan and Illinois, and was active in the life insurance communities and was honored with the following awards:

-Founder of The American College and Gold Key Member 1977

-Huebner C.L.U. Scholar of Chicago from The Chicago Chapter of Chartered Life Underwriters 1985

Now, on to the essence of  William McCutcheon Powers:  brother, uncle, husband, friend.  Bill was one of a kind, sometimes referred to as “quite a character!” His heritage was Scottish and he was a proud Scot.  He schooled and immersed himself in all things Scottish.  This includes owning and wearing (not at the same time) two complete kilt outfits, a large collection of bagpipe tapes and CDs, attendance at many highland games and traveling to Scotland for his honeymoon. His marriage to Carol was accompanied by a bagpipe band including pipers and drummers - with Bill wearing his full Scottish regalia. Bill loved his Hiawassee home and referred to it as “Scott’s Mountain.”  He adored cats and owned many during his lifetime - leaving behind 5 cats, including his beloved Flashman.  Bill loved to read, had a huge collection of books and various tapes, CDs, 8 tracks (yes, really), cameras, pictures, records and so many other things.  Bill loved his things.

Bill loved a good joke, surprises, his wife’s cooking, friends who helped him in his career (Don Milock and Richard Herschelman), friends who passed before him, concerts at Anderson Music Hall and sharing a good martini with friends. Bill was a loving and generous man - one who occasionally passed out $100 bills to people he cared about.  He began this habit in Hiawassee and it was always a surprise to the recipients. Bill will be remembered at a memorial service to be held at an undetermined future date.  He wished to have a celebration of life - complete with a bagpiper playing “Amazing Grace“, of course!  It will be an amazing farewell to an amazing man.

In lieu of flowers, anyone wishing to make a donation in Bill’s name, can forward it to Humane Society’s Mountain Shelter, 129 Bowling Gap Circle Blairsville, GA 30512

To send flowers to the family in memory of William "Bill" McCutcheon Powers, please visit our flower store.