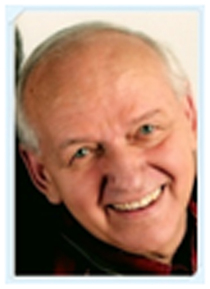 Wilbur Lawrence Foote (Willie) entered heaven on February 7, 2015.  He was 81 years old and married to his wife, Virginia, for 59 years.  He is survived by his wife, one brother, three sisters, three sons and six grandchildren.

Willie was born in Newton, Kansas to Elisabeth and Albert Foote.  He lived and graduated high school while in Kansas City.  In 1955, he graduated from Northwestern Bible College in Minneapolis, MN and married Virginia Bohlen that same year.  Upon graduation he began full time ministry with Youth For Christ (YFC) where he served the Lord until 2008.*

During high school and college, Willie was a volunteer leader in Youth For Christ (YFC).  In 1955 after college, he and Virginia moved to Los Angeles, CA to work full time with YFC.  Two years later, a move was made to Portland, OR where their sons, David and Dale were born in 1957 and 1961 respectively.  In 1963, the family moved to Wheaton, IL to serve in the national headquarters of YFC.   The following year, they moved to Atlanta, GA where he served as Vice President of the Southern States Region and then was Executive Director of Metro Atlanta YFC for 23 years.  While living in Atlanta, their son Daryl was born in 1965.  They were members of Chapel Woods Presbyterian Church in Decatur, GA for 26 years where Willie served as an elder.  In 1999, Willie and Virginia moved to Hiawassee, GA where he continued working with YFCâ€™s national program until 2008.  Willie and Virginia became members of McConnell Memorial Baptist Church in Hiawassee.  After a very serious fall in 2008, Willie retired.  He had served for 55 years in YFC.

Willie loved serving the Lord and people, usually with a smile, ready to preach, counsel or pray at a momentâ€™s notice.  He rarely said â€œnoâ€ to any request, usually answering â€œI would be glad to.â€  His life was full of creativity, planning and leading events, traveling, preaching, teaching and leading teenagers (or anyone else) to Jesus as their Savior and Lord.

Willie is greatly missed.  But we are assured that he is with Jesus, who loves him and whom he loves.  We know that we will be with him again someday.  Our loss is heavenâ€™s gain.    A celebration of Willieâ€™s life will be held on March 7, 2015 at 2:00pm at McConnell Memorial Baptist Church in Hiawassee, Georgia.

In lieu of flowers, memorial donations are requested to either:

To send flowers to the family in memory of Wilbur Lawrence Foote, please visit our flower store.