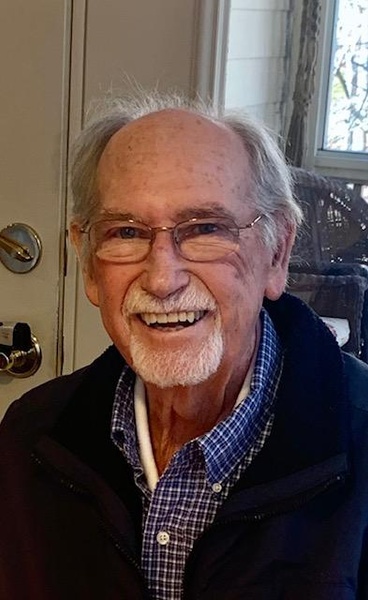 A tribute to the life of Wayne Naylor:
Born in Moulton, AL on November 28, 1944 and called "SON" by Clellie Naylor (deceased) and Mildred Naylor of Powder Springs, Ga.
Called "BROTHER" by Justin Naylor and wife Janice, and Phillip Naylor (deceased) and sweet sister-in-law, Gail Parke and loved by many more relatives in Georgia and Alabama.
Called "NAYLOR" at West Fulton High in Atlanta where he graduated in 1963; excelling on the football field, on the baseball diamond and on the basketball court. Then playing college ball at Alabama Christian and Lipscomb College in Nashville, TN.
Called "BABE" by his wife, Judy Naylor, for 47 years after a storybook courtship and wedding in 1973.  They resided and raised their family in Norcross,GA from 1973 to 2005.
Called  "SON-IN-LAW" by Richard Cates (deceased) , John Dolvin (deceased) and Mary Dolvin of Hayesville, NC
Called "DAD" by two amazing sons, Lee Naylor and wife, Melissa, of Comer, Ga and Clay Naylor and wife, Kathleen, of Dahlonega, Ga.
Called "PAPA" by six beautiful granddaughters:  Addison, Anslie, Ava, Ashtyn, Austyn, and Kara Naylor.
Called "COACH" by 1000's beginning his teaching career in Griffin, Ga , then on to teach at Summerour Middle School and coach at Norcross High School.  When Parkview High opened in 1976, he was the head boys' basketball coach, teaching history and driver education.  He coached for many years in the youth leagues in Norcross also.  From the 1970's to the 1990's Wayne taught about every kid in Gwinnett County to swing a bat, dribble a basketball, or drive a car!  He retired from Gwinnett School System in 2005.
Many, many called him "FRIEND" over the years in Norcross and then later when he and Judy moved to the mountains of North Carolina, making their retirement home in Hayesville, NC.  He was an active member at McConnell Church in Hiawassee., Ga. Then on the morning of December 22, 2020, God called him "HOME" at the age of 76 after months of suffering with several health issues. Wayne Naylor... a legacy whose life deserves celebrating!  A memorial service will be held on Saturday, April 24, 2021 at 1:00 PM at McConnell Church in Hiawassee, Georgia. Another service will be held on Sunday April 25, 2021 at 2:00 PM at One Heart Church in Norcross, Georgia. Following each service the family will receive guests.
He "fought a good fight, finished the race well, and kept the faith" and is now with the Lord! The family askes that donations be made in memory of Wayne to McConnell Church "Moving Mountains" debt reduction.

To send flowers to the family in memory of Wayne Naylor, please visit our flower store.