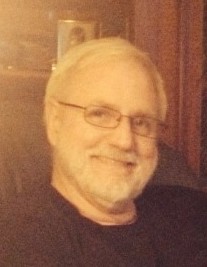 Mr. Wayne Franklin Burch, age 67, of Macon, Georgia passed away on Tuesday, September 13, 2016 following a brief illness. Wayne was born in Macon, Georgia on July 22, 1949 to the late Wright and Ruby (Williams) Burch. He was a member of the United States Navy. Wayne was preceded in death by his sister, Virginia Coleman. Survivors include his wife, Mary McConnell Burch of Macon, GA; daughter, April Wilton of Stockton, CA; son and daughter-in-law, Brett and  Cassidi Lynch of Nashville, TN; brother and sister-in-law, Wright and Sandra Burch of Macon, GA; sister, Betty Price of Blairsville, GA; seven grandchildren, one great grandchild, and a host of nieces, nephews, family and friends also survive.

Banister Funeral Home of Hiawassee in charge of arrangements.

To send flowers to the family in memory of Wayne Franklin Burch, please visit our flower store.