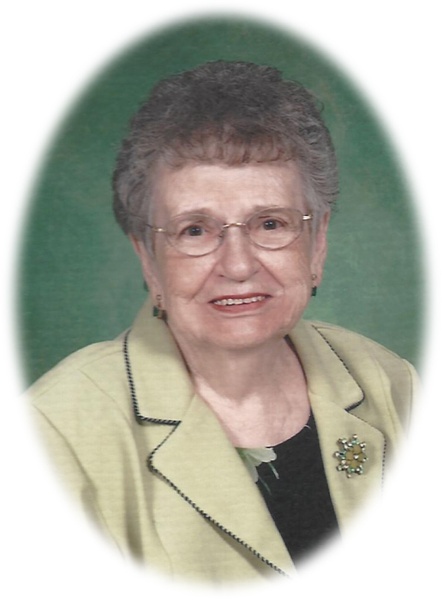 Mrs. Veta Mae Wood Osborn passed away peacefully on January 5, after a period of declining health.
Veta Mae is the daughter of the late John Henry & Josie Denton Wood of Hiawassee.
In 1948, Veta Mae met and married the love of her life, Walter, and they spent 64 years together before his passing in 2013. Together, they had 3 children.
Veta Mae was very active in the community. She served as secretary of the Hiawassee River Community Improvement Project, was instrumental in helping organize the Towns County Day Care, served as the first social worker for Towns County DFCS, and was the librarian assistant and media specialist for Towns County Schools. After retirement, she continued to work as a hostess for various restaurants. Veta Mae was a devoted Christian and member of Macedonia Baptist Church. She served as the Vacation Bible School director for Macedonia and McConnell Memorial for over thirty years, as well as other church activities. She was known as Nanny by her family and they were her pride and joy, especially her grandkids & great grandkids. She instilled her strong Christian values into them, making sure they were at church whenever the doors were opened. She will always be remembered for her delicious cooking, spunky attitude, and impeccable cleaning skills.
Preceding her in death is husband Walter, son Dwayne, great granddaughter Brittany, brother Stanley, and sister Barbara. Surviving Veta Mae is daughter & son in law Shirley and Robert Hunter, daughter in law Vivian Osborn, son and daughter-in-law Daren ‘Bear’ and Missy Osborn. Grandchildren Robert Jr., Kevin (Therese), & Ken (Holly) Hunter, Jeffery (Stephanie), Ryan (Christine), Kayla, and Tyler Osborn. Great grandchildren Dawson, Devin, Alexis, Allison, Braxton, Emalyn, John Henry, David, Brent, Walter Lane, & Lilian. She is also survived by brothers Steve(Linda) & Ronald(Eloise) Wood, sister in law Betty Wood, as well as many nieces, nephews, and other family and friends.
The family will be following her wishes and will be having a private family service.  She will be laid to rest in Macedonia Cemetery beside her husband and son.
If you would like, you can make a donation in her memory to Macedonia Baptist VBS fund, Towns County Historical Society, or a charity of your choice.
The family would like to thank the staff and nurses at Chatuge Nursing Home for assisting in her care...we know she could be a handful.
Banister-Cooper Funeral home is in charge of arrangements for Mrs. Osborn.

To send flowers to the family in memory of Veta Mae Osborn, please visit our flower store.
Send a Sympathy Card