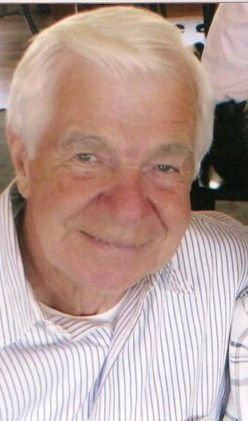 Mr. Vaughn Earl Green, age 79, passed away Sunday, May 12, 2019 at Northeast Georgia Medical Center after an extended illness. Vaughn was born November 6, 1939 to the late Mr. and Mrs. James Robert and Edna (Dyer) Green in Young Harris, Georgia. Vaughn was a kind gentle man who loved his family dearly. He was one of those people who always had good things to say and made you feel comfortable talking to him. He attended Young Harris college where he was on the first basketball team the college had. He worked for the CDC from 1967 until he retired in 2001. After retirement Vaughn spent much of his time playing golf, bowling and tennis. Along with his parents, he is also preceded in death by a sister Pamela Ann Green Anderson. He leaves behind his love Barbara Mathis, brother and sister-in-law Jack and Carolyn Green; sister and brother-in-law Geraldine (Green) and Wayne Barrios, a son and daughter-in-law he joyfully gained through his life with Barbara, Ricky and Robin Mathis; along with their two children Hannah Gladfelter and Heather Mathis and a bonus great-grandbaby Brynn Gladdfelter along with two nieces and four nephews and their twelve children.
Visitation: Wednesday, May 22, 2019 in the chapel of Banister Funeral Home at from 1:00-2:00PM
Memorial Service: Wednesday, May 22, 2019 following visitation at 2:00PM at Banister Funeral Home.
Banister Funeral Home is in charge of the arrangements.

To send flowers to the family in memory of Vaughn Earl Green, please visit our flower store.
Send a Sympathy Card