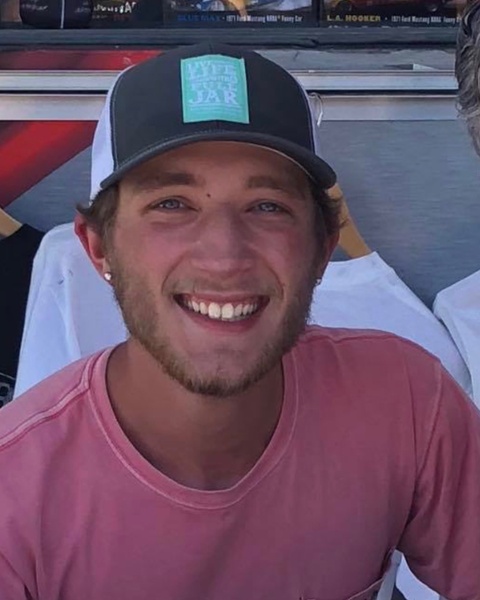 Trenton Wayne Whidden, age 23, of Hiawassee, Georgia passed away Tuesday, October 4, 2022. Trent was born December 12, 1998 in Sylva, North Carolina to Wayne and Kimberly (Baker) Whidden.
Trent was not your average young man; he didn't want to spend his time with people who were happy, rather he wanted to make the people around him happy. He was full of life and lived life to its fullest; his mama always said "the boy couldn't sit still; he was always go, go, go".It was impossible to feel down around him because he simply refused to allow that. He was bigger than life, the friend everyone needed and the light of his parents eyes. Trent looked up to his big brother Tyler and lovingly nicknamed himself "lil Baker". He was softhearted: bringing small gifts to brighten a friend's day, being the hug when someone needed comforted, being the friend who showed up when no one else did - that was Trent. He had a God given gift to sing and he shared that gift generously. He auditioned for The Voice, sang at friends' weddings, sang karaoke and, of course, in the shower. Trent also enjoyed watching the Georgia Bulldogs, rice-burner cars and his jeep. To know Trent meant you knew a few things: his hair had to be perfect; his family was his world; once a friend, always a friend; and if you ever ran out of gas he was on his way. Trent made an impact on the world, he left his mark in a positive way. He will be missed and loved always.
He is survived in death by his parents, Wayne and Kim Whidden; brother, Tyler (Shayla) Baker; grandparents, Butch and Brenda Baker, Edna Smith and Donnie Tomlinson; many extended family and friends.
Visitation: Saturday, October 8, 2022 from 5:30-8:00pm at Banister-Cooper Funeral Home.
Funeral Service: Sunday, October 9, 2022 at 3:00pm at Banister-Cooper Funeral Home with Rev. Ryan Wilson and Scott Eller officiating. Interment will follow at Laurel Hills cemetery.
Music: Summer Rahn and Chris Adams will provide music.
Pallbearers: Grayson Carver, Cole Bradshaw, John Watson, Jonathan Messer, Ricky Krokonko, Dustin Foster
Honorary: Tori Morgan
In lieu of flowers: The funeral and cemetery charges have been reached; donations may still be made to help cover other expenses. Donations may be brought to the funeral home, given to the parents or mailed to P.O. Box 70, Hiawassee GA. 30546. Thank you to who all have helped and continue to help; you kindness is not unnoticed.
Banister-Cooper is in charge of arrangements for Mr. Trent Whidden.
To send flowers to the family in memory of Trenton Wayne Whidden, please visit our flower store.