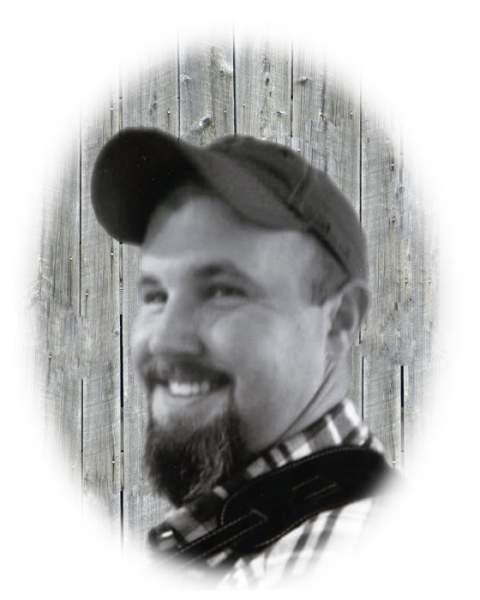 Mr. Travis Gregory Waldroup, age 31, of Hiawassee, Georgia passed away on August 5, 2016. He was born to David and Judith(Hunter) Waldroup, on December 22, 1984 in Hiawassee, Georgia. He was preceded in death by his father, David Waldroup. He is survived by his wife, Lindsey Waldroup; mother and father-in-law, Harold and Jackie Allison of Young Harris, GA; brothers and sisters-in-law, Jeff and Laquita Waldroup, of Whittier, NC, Marvin Waldroup of Canton, NC, Ronnie Maney of Young Harris, GA, Kenny and Stacey Waldroup of Hiawassee, GA, Brent and Joan Waldroup of Biloxi, MS; sisters and brothers-in-law, Lori and Wallace Giddens of Hiawassee, GA, Belinda and Roger Smith of Canton, NC, Phyllis and Danny Maney of Hayesville, NC; grandmother, Ree Hunter of Hiawassee, GA; aunt, Janet Hunter of Wake Forest, NC; a number of nieces, nephews, family and friends also survive. He was a devoted member of Philadelphia Baptist Church. Travis adored his family, friends and farming and was loved by many.

In lieu of flowers, donations can be made to:

To send flowers to the family in memory of Travis Gregory Waldroup, please visit our flower store.