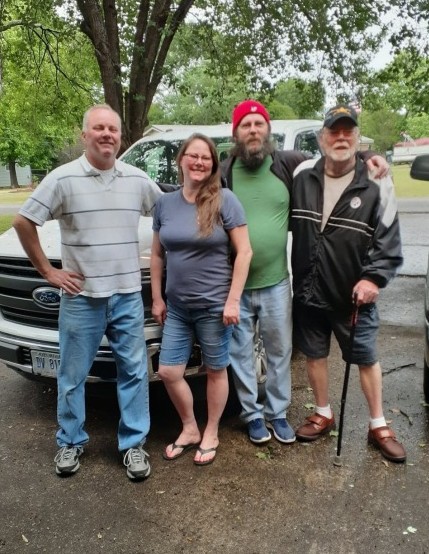 Tony Porter, age 73, of Cleveland, Georgia passed away in the early morning hours on April 5, 2021 surrounded by family. Tony was born in Gainesville, Georgia on February 28, 1948 to the late Mr. and Mrs. John Cisero and Bertha Irous (Wood) Porter. Tony was of the Baptist faith. He served his country in the United States Army in Vietnam. After his time in the Army he took a job in the poultry industry and retired from Conagra. Tony loved to fish, grow flowers, dance, and have a good time. He enjoyed traveling and seeing the world with his wife. His family was important to him; he loved his children and grandchildren. Tony always had a story or joke, or was lovingly picking on someone.
He is preceded in death by his above mentioned parents; brother, Claude Porter; and his first wife, Nancy Gates.
He is survived by the love of his life of sixteen years, Joanna Porter; sons and daughters-in-law, Scott and Amy Porter and Michael and Christen Porter;  daughter, Sabrina Thomas and Chris Cobb; stepchildren, Kandace Mumper, Desaraye and husband Hector Mendoza, Ally Mumper and Aubrey Mumper; brother, Hoyt Porter; eleven grandchildren and numerous extended family.
Visitation: Wednesday, April 7, 2021 4-7 PM at Barrett Funeral Home In Cleveland, Georgia.
Service: Friday, April 9, 2021 at 11 AM at Barrett Funeral Home in Cleveland, Georgia.

Interment to follow in the Georgia National Cemetery in Canton, Georgia.

The following gentlemen will serve as pallbearers: Michael Porter, Chris Cobb, Scott Porter, Hector Mendoza, Aubrey Mumper and Kenny Ray Skiver.
Banister-Cooper with the help of Barrett Funeral Home is in charge of the service of Tony Porter.

To send flowers to the family in memory of Tony Porter, please visit our flower store.
Send a Sympathy Card