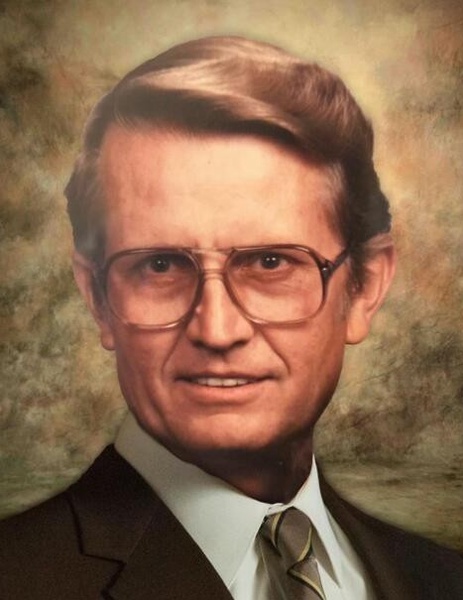 Tommy Leo McNabb, 85, of Hiawassee,Georgia passed away October 30, 2020 in Pensacola, Florida.  He was preceded in death by his wife, high school sweetheart Jimmy Lou Swanson, in 2008.  Tommy was born in Hiawassee on what is now Clovis Drive and grew up in Kentucky, New York and lived the majority of his life on Lower Bell Creek.  He graduated from Towns County High School in 1952, marrying Jimmye in December.  Tommy then served his country during the Korean War in the United States Navy. During his working years at Blue Ridge Mountain EMC, he also served as a deacon at Woods Grove Baptist Church, eventually retiring in 1994. Tommy learned the game of golf as a teenager during summers in Maine and played until he was no longer able.
Tommy was preceded in death by his parents, Neal E McNabb and Ruby Ledford McNabb Colwell as well as siblings Donald and Betty. He is survived by son Eddie (Rhonda) of Flowery Branch, Georgia, Randy of Hiawassee, Georgia and daughter Sherry Wassmann of Pensacola,FL. He is also survived by 8 grandchildren, Jess(Meghan), Katie Watkins (Jeremy), Sarah (Ben) and Samuel McNabb, Kristy and Tiffany McNabb, Heidi and Blake Wassmann and blessed with 5 great grandchildren, Keegan and Madison Watkins, Jared and Dylan Shook, and Destiny McNabb. Additional survivors include a number of nieces and nephews.

A visitation will be held on Friday, November 13, 2020 from 2:00 - 4:00 PM at Banister-Cooper Funeral Home. In lieu of flowers the family requests donations be made to Woods Grove Baptist Church.

A memorial service will be held on November 14, 2020 at 2:00 PM at Woods Grove Baptist Church.
Banister-Cooper Funeral Home is in charge of the arrangements for Mr. McNabb

To send flowers to the family in memory of Tommy Leo McNabb, please visit our flower store.
Send a Sympathy Card