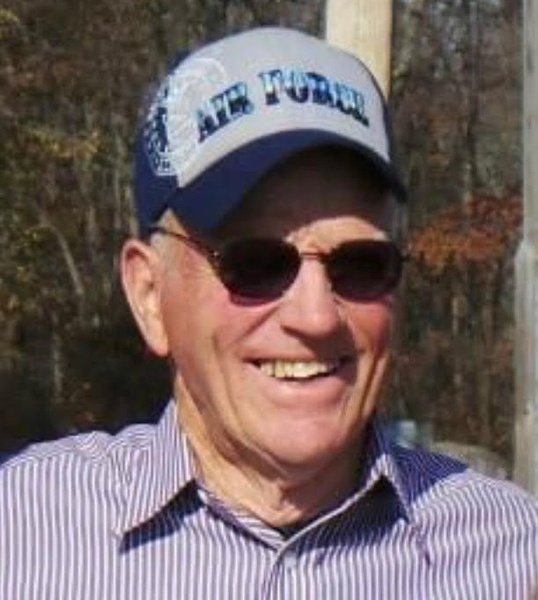 Thomas (Tom) Eugene Cooper, age 80, from Lancaster County PA, passed away Sunday, October 31, 2021 at his home in Hiawassee, GA. Tom was born August 23, 1941 in Bel Air, Maryland. Tom joined the Air Force out of high school and became a B52 Bomber Mechanic. After leaving the Air Force, Tom followed his heart and built a reputable career as a true horseman. Tom was well respected for his ability and knowledge as a traveling Blacksmith / Horse Shoer / Farrier. Many would come to him for his knowledge on how to help a lame horse. Tom won many different Farrier competitions he entered just for the enjoyment of competition. Along with this, Tom found he was able to purchase and rehome many different horses. Tom spent most of his life traveling to individuals homes, horse shows, and sales barns to follow his passion. He even went as far as owning a tack shop where he built custom saddles and fabricated a few custom trailers. Tom was a gifted tradesman and craftsman. After retiring, he began working with wood and building hutches, bird houses, and over 500 original picture frames for others to enjoy. Tom’s eye for creating things was a true gift. Tom was a member of the Valley Lea Riding Club and The American Farrier Association, and the Conestoga Wagon Train.

Tom is preceded in death by his parents Grayson and Lillian (Gaybreal) Cooper and his sisters, Mary Ann (Cooper) Ballston and Ester Jean (Cooper) Helm. He is survived in death by his wife, Debbie (Dvorak) Cooper; daughters, Tina Cooper, Marsha Cooper, and Gladys (Cooper) Pond; brothers, William Cooper, Daniel Cooper, and Samuel Cooper; grandchildren, Michael Shuey, Ryan Keadle, Austin Keadle, and Kellyanne Hershey; four great-grandchildren and many nieces and nephews. He will be dearly missed by all who knew him.
Memorial services to honor Tom will be announced at a later time.

Banister-Cooper is in charge of arrangements for Mr. Cooper.

To send flowers to the family in memory of Thomas Eugene Cooper, please visit our flower store.