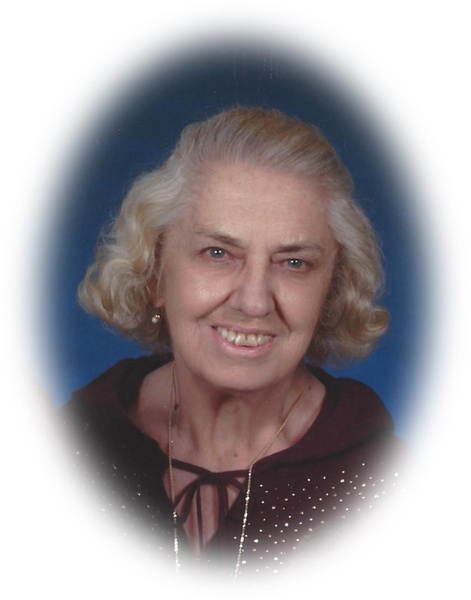 Sonja K. Main, 93, went home to be with our Lord and Savior on Saturday, February 20, 2021 at Hayesville House Memory Care Home. She was born to Karl and Freida Kattengell on September 29, 1927, in Buffalo, New York, and was their only child. Sonja, better known as Sunny, grew up and resided in the Buffalo area, marrying fellow New Yorker Reuben Austin Main in August of 1947. They spent many years in the Hamburg, NY area raising their son, developing and maintaining rental properties, enjoying many happy family times outdoors while camping, and being actively involved with the Masons and Eastern Star groups. Sunny dearly loved her Eastern Star group and was heavily involved for many years. During her son’s youth, Sunny was employed as the secretary at the high school in their neighborhood, in addition to being employed as a bank teller for many years.

She was raised Presbyterian and had a deep and abiding faith in the Lord. When not attending a home church, Sunny was faithful to watch Rev. Robert Schuller for many years. When at her mountain home in Hiawassee, she loved to attend seasonal services at McConnell Baptist Church.

She and Reuben purchased a home in Hiawassee in the early 80s. Originally, it was their rural escape from their Marietta home, which they had relocated to from New York in the late 70s. However, the home on Kimsey Cove Road became her permanent home in 2012. She made this decision to be closer to her only child, Mark, and his wife who resided in Hiawassee.

Sunny was a devoted wife for almost 59  years before her husband passed away in 2006. She was a loving mother and grandmother to her son, grandson, and step-grandchildren. She loved crafting, including knitting and flower arranging. Many times she sought local assistance from Mrs. Noblet when she forgot how to make a bow or how to get a knitting pattern just right. She cherished relationships she made over the years in Hiawassee, as well as those in Marietta.

Sunny is preceded in death by her parents and husband, and she is survived by her son & daughter-in-law, Mark and Laurie Main of Hiawassee. She is also survived by her grandson Michael Robert Main of Phoenix, Arizona, and step-grandchildren Sara (Ted) Ball of Lexington, KY;  Kevin (Ashton) Rhatican of Tulsa, Oklahoma as well as five great-grandchildren.

There will be a service at Banister-Cooper Funeral Home on Saturday, February 27th, at 3:00 PM. In lieu of flowers, the family is asking donations be made in Sunny’s memory to either Four Seasons Hospice (171 Hospital Drive, Unit 6060, Highlands, NC 28741) or Hayesville House (480 Old Highway 64W, Hayesville, NC 28904).

Banister-Cooper Funeral Home is in charge of arrangements for Mrs. Main.

To send flowers to the family in memory of Sonja K Main, please visit our flower store.