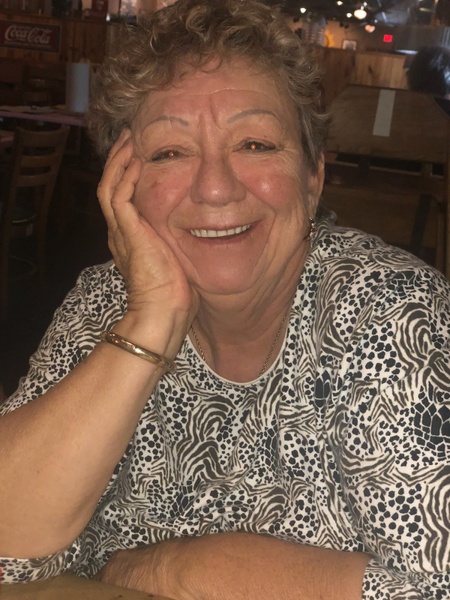 Sandra Fay Wages, 71, of Young Harris, Ga passed away Tuesday, March 22, 2022 after a brief illness. Sandy was born February 9, 1951 to the late Lewis Merritt and Mrs. Barbara Merritt in Atlanta, Ga. Family and friends were extremely important to Sandy, she was proud of her Children, Grandchildren & Great Grandchildren. She enjoyed going to the Casino, playing Bingo and her favorite thing of all was going to the Auction. She always had a smile on her face regardless if she was having a rough day. She never met a stranger because everyone she came in contact with she would strike up a conversation.
She is preceded in death by her above mentioned parents and her late husband of 43 yrs James Wages Sr.. She leaves behind daughter Patty Smith, son James Wages Jr.; daughter and son-in-law Sabrina and Gary Barnes; sisters Cathy Patterson and Ann Mosley; brothers Randy Merritt and Barry Merritt; grandchildren Tabitha and Natalie Barnes, Brittany Harris, Kenneth Harris Jr, Brandon Harris, Angelica Wages and Karol Gonzalez and 10 Great Grandchildren.

To send flowers to the family in memory of Sandra Fay Wages, please visit our flower store.