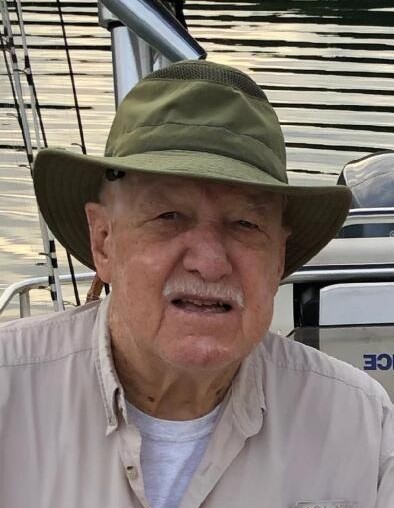 Russell Thompson, best known as “Papaw” arrived at his heavenly home on October 20th, 2021. He was born on July 18th, 1937 to the late Horace Russell Thompson, Sr. and Clydie Mae (Thrower) Thompson. Russell was an only child. On June 10th, 1955 he married the love of his life, Mary Joyce (Rowan) Thompson. Together they brought three beautiful children into the world; Terry, Jeff, & Stephanie. Throughout the years Russell and Mary spread their love and faith in God with each person they came into contact with. When you think of Russell you think of a man that feared the Lord. Even in his final days he continued to praise the Lord and thank Him for the life he was blessed with.

Not only was Russell a man of God, but he was also the epitome of a father. The bible states in Ecclesiastes 12:13, “Let us hear the conclusion of the whole matter; Fear God, and keep his commandments: for this is the whole duty of man. “. Russell instilled in each of his children, grandchildren, and great grandchildren the importance of fearing the Lord. He understood his roll as the head of the household and not a day or hour went by when he was not interceding for his family.

In 1970, Russell began his mission ministry in Haiti, Guyana. He worked selfishly to provide for those in need and continued to share his love for Christ with thousands of families in the mission field. Over the years, Russell helped build and restore churches, schools, and bring souls to Christ.

Russell loved to spend his time in the woods hunting or on the water fishing with his family and friends. This was another way he witnessed to those that he cared so much for. On Saturdays in the fall he made sure to take time for his favorite football team, Alabama, Roll Tide and loved to joke and cut up with his rivals.

There was always a smile on his face and you never knew what he was going to say next. Russell was a true character and always showered his love on everyone he met.

Russell was preceded in death by his parents Horace Russell Thompson, Sr.;  Clydie Mae Thompson and son Terry Thompson. He is survived by his beautiful wife, and the matriarch of our family; Mary Joyce Thompson. His legacy lives on in his surviving son Jeff and his daughter Stephanie and her husband Jimmy. Together Mary and Russell are blessed with their grandchildren; Terrell Thompson, Tracy Rains (Christie), Brent Thompson (Marque), Julie Bean (Chris), Joshua Taylor (Jentry), Kayla Ammons (Josh), and Jimmy Pearce III (Haley). As Russell was best know as, Papaw, he leaves behind a quiver full of great grandchildren; Hayden, Olivia and Paige Thompson; Phoenix Rains; Emelia, Hannah and Blake Thompson; Rachel, Brooke and Claire Bean; JD and Jaxi JuleTaylor; Conner, and Katie Pitts, Paislee Ammons; and Deegan Pearce.

To keep Russell’s mission work going, contributions can be made to Mary or Russell Thompson for Haiti Missions. You can mail directly to North Mount Zion Church of God at PO Box 62 Hiawassee, GA 30546.

Service: Monday, October 25,2021 at 2:00P with Rev. Ryan Wilson in the chapel of Banister-Cooper Funeral Home.

To send flowers to the family in memory of Russell Thompson, please visit our flower store.
Send a Sympathy Card