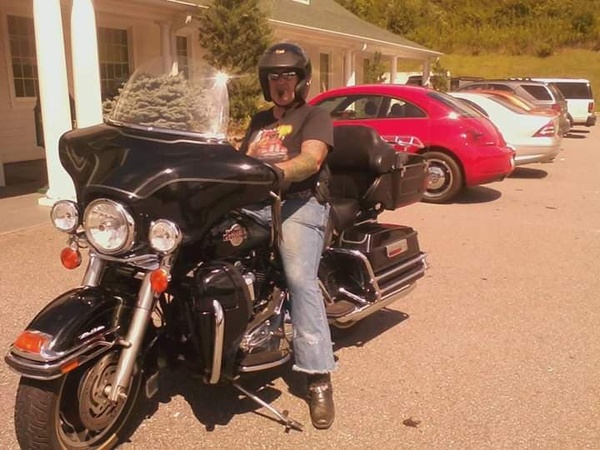 Mr. Roger Lee Simpson, age 55 of Hiawassee, Georgia passed away Thursday, February 28, 2019 at Chatuge Regional Hospital. Roger was born June 16, 1963 in Las Vegas, Nevada to the late Mr. Rondal and Darlene (Pruvis) Simpson. Roger was a member of Hiawassee Church of Christ. He loved his family, he was a faithful husband and devoted father. He was a truck driver for many years. Roger enjoyed motorcycle riding, anything relating to trucking and model rockets. He was also well know for his special banana pudding and homemade Sloppy Joe mix.

Interment will follow the service at Lower Bell Creek Cemetery.

Family requests in lieu of flowers that donations be made to Banister Funeral Home to offset the cost of funeral expenses.

Service: Thursday, March 7, 2019 in the Chapel at 2:00P with Brother Dewayne Carringer

Family requests in lieu of flowers that donations be made directly to Banister Funeral Home to offset the funeral expenses.

To send flowers to the family in memory of Roger Lee Simpson, please visit our flower store.
Send a Sympathy Card