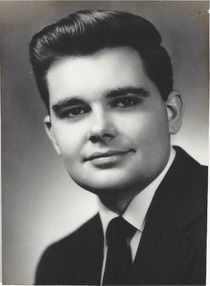 Mr. McWhorter was born in Mannsville, Kentucky on December 7, 1932 to Mac and Mary McWhorter. He moved to Knoxville, TN at a young age and remained there until graduating college.
Mr. McWhorter graduated Central High School in 1949 and went on to graduate the University of Tennessee in 1954. He worked at Southern Dairy and joined the army during the Korean War. Later he owned First Choice Insurance Agency in Miami and Fort Lauderdale Florida and also founded and worked at Supergrip Tire Company in Bristol, TN.
He is survived by his wife of 44 years, Nancy McWhorter and they resided in Hiawassee, GA for 20 years. Formerly they lived in Miami, FL; Fort Lauderdale, FL and lived aboard their yacht â€œMustardseedâ€ in the Caribbean for 4 years where the did missionary work for the Pastor Kenneth Cox Crusade Team. Roger and Nancy have two children, Kevan and Kari McWhorter and one granddaughter, Samantha Moreno.
He also is survived by brothers and sister-in-laws, Jerry and Judy McWhorter, Jon and Malenda McWhorter, Betty McWhorter and Forrest and Ed Nutting. Nieces and Nephewâ€™s, Mark and Mary McWhorter and their children Katie, Betsey, Hailey and Mac; Kim and Frank Rolfes and children, Andy, Greg and Laura. Greg and Jan McWhorter and children; Carson, Will and Meg. Jennifer Mulkey, Amy and Ken Clarke, Julia McWhorter, Megan and Joey Jones and children, Allison and Timmy Galyon, Ashley and Brad Fortune, Forest and Parker Day and children, Madeline, Conner and Darby. Brad Nutting and Savannah. Nena Cadle and Juan Ribas, Juanito, Luisa and Diego. Sian Cadle and Otis Howard and children Nolan and Bela. Marry and Anna Lettau. Also many beautiful great nieces and nephews.
Roger has wonderful friends from his childhood and up through the years. To mention a few; David and Gail Vaughen, Bob and Betty Baker, Dexter Christenberry,Bob Rosasco, Bootie Nance, Charles Moore, Don Dean, Richard Clem, Jum McCormick, and Graeme Smith. In Hiawassee, John and Jean Edwards, Barbara and Him Holliman and Bert Kunze our wonderful neighbors.
Our Closest friends; who introduced Roger to his wife Nancy, sold part of their land to Roger and built his home, who was there every day with love, devotion and friendship and prayers; Joyce and Tom Garrison.
Thank You to all the loving people in Tennessee, Georgia and beyond who have been praying for Roger during his short illness in April and May and the wonderful doctors who tried hard to make his body heal.
Roger was a loving husband and father, a man of honor, energy and compassion. He was an explorer of the world, full of joy and adventure. Roger loved The Lord every day and knew Jesus was always in control. The world has been blessed by this wonderful man. A celebration of life service will be held on Saturday, May 23, 2015 at 11:00 AM from the chapel at Banister Funeral Home. Banister Funeral Home in charge of arrangements.

To send flowers to the family in memory of Roger Dean McWhorter, please visit our flower store.
Send a Sympathy Card