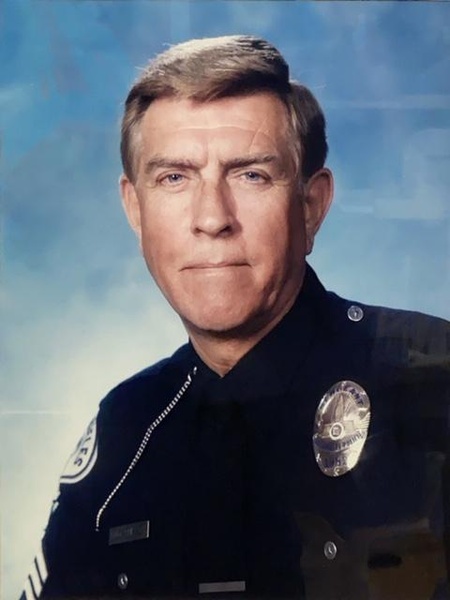 Mr. Rodney Russell Luckenbach, age 81, of Hiawassee passed away Wednesday, July 29, 2020. Rod was born on December 8, 1938 in Leesburg, Florida to the late Mr. and Mrs. Leon and Mary Alice (Smith) Luckenbach. He was a member of St. Francis of Assisi Catholic Church of Blairsville and served our country in the United States Coast Guard. He was a Sergeant in the Los Angeles Police Department before retiring and moving to the mountains of Hiawassee, Georgia. Rod enjoyed working around his yard making certain it was always beautiful, woodworking, and loved his little dogs. He also loved to spend time watching television with his granddaughter, Corrina.
He is preceded in death by his parents, Leon and Mary Alice Luckenbach. He is survived by his wife, Ellen Hesseling Luckenbach; daughter, Catherine Luckenbach; son and daughter-in-law, Mark and Jill Luchenbach; son, Michael Luckenbach; sister, Laura Davis; brother and sister-in-law Barry and Beverly  Luckenbach; grandchildren, Corrina, Lauren, Brooke, Elijah, Sebastian and Tristan Luckenbach.
Banister-Cooper Funeral Home is in charge of the arrangements for Mr. Rod Luckenbach.

To send flowers to the family in memory of Rodney Russell Luckenbach, please visit our flower store.