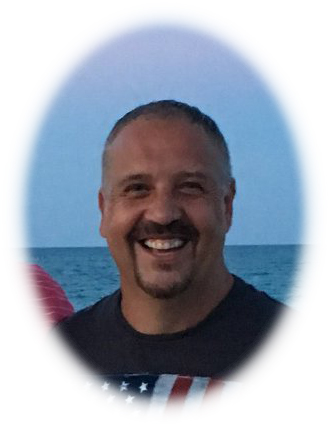 On July 8th, 1961, God blessed Robert and Maybelle Patterson with a vibrant baby boy whom they named Robin. Robin grew up with a loving family by his side. After losing his Dad at the age of 9, Robin always did whatever he could to help his family. After high school, Robin went into nursing in his quest of helping people. Robin then met the love of his life, Britt Carter. Robin and Britt lived a life most would think of as an adventure. There was always a destination to plan,  stories to tell, and most importantly, their families to share it with. Two of their most incredible adventures came by the names of Emma-Gale Kate Patterson-Carter and Olivia Mae Grace Patterson-Carter. Becoming fathers became the highlight of Robin and Britt's life. The love and attention they showed their girls was evident by all who knew them. After losing Britt after 26 years together, Robin's focus continued to be that of his girls and family. Just over 5 short years later, on March 9, 2019 Robin passed away following a brief illness.

Robin is survived by his ultimate pride and joy,  Emma-Gale Kate Patterson-Carter and Olivia Mae Grace Patterson-Carter. Four brothers including Robert (Bob) Patterson, Steve and Frankie Patterson, Mike and Dorothy Patterson,  and Terry and Corrie Patterson. Two sisters, Janie and Garry Barnes and Susie and Mike Bates. Several nieces and nephews including his traveling companions Rachael Warwick, Jennifer Waltzek, Jackie and Johnny Barnes who adored him, two special great niece and nephew, Samuel Waltzek and Eliza Barnes whom they affectionately referred to Robin as Ra-Ra, and countless friends who were like family.

Robin ALWAYS had a smile on his face, which was contagious to all that knew him. He had a heart the size of Texas and would help anyone in need. He worked tirelessly behind the scenes at church, filling shoeboxes, serving meals, filling whatever role was needed at the time.  He loved to travel and spend time with his family, especially if that included Hawaii! Robin was happiest when spending time with his girls and family.  His door was always open and all were welcomed. He had the ability to make anyone feel special and included. Robin's warm smile, contagious laugh, and big hugs will be sorely missed by all who knew him.

Robin is preceded in death by his parents,  Robert and Maybelle Patterson, a brother Randy Patterson, a sister Mildred Nichols, his loving partner, Britt Carter, and a niece, Sherri Wilson.

The family will receive friends on Wednesday, March 13, 2019 from 12:00 to 2:00 PM at Hillcrest Assembly of God in Hayesville, NC the service will begin at 2:00 PM with Rev. Aline Mosteller officiating. The following gentlemen will serve as pallbearers, Terry Patterson, Jackie Barnes, Johnny Barnes, Michael Bates, Weston Patterson, and Kale Patterson. Honorary pallbearers are Garry Barnes and Adam Humphries. Banister Funeral Home of Hiawassee, Georgia is in charge of the arrangements.

To send flowers to the family in memory of Robin Patterson, please visit our flower store.
Send a Sympathy Card