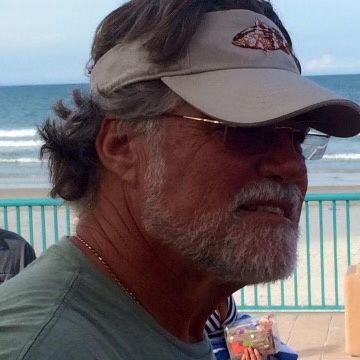 
Robert Ronson Peters, age 70 of Blairsville, Georgia passed away Tuesday, August 31, 2021 surrounded by his family. Ron was born July 26, 1951 to Harriett (Lord) Hicks and the late Howard Peters in Atlanta, Georgia. He was a U.S. Navy veteran and graduate of Mercer University's Atlanta campus. Ron was a member of Macedonia Baptist Church and a God fearing, honest, and serious man. He also loved to laugh, entertain any way he could like dressing up for Halloween and playing Santa to all the children for years, and tell stories to everyone. He enjoyed being outdoors, fishing and deer hunting. He was a huge Trump fan and also loved anything to do with the Civil War and artifacts.

To send flowers to the family in memory of Robert Peters, please visit our flower store.
Send a Sympathy Card