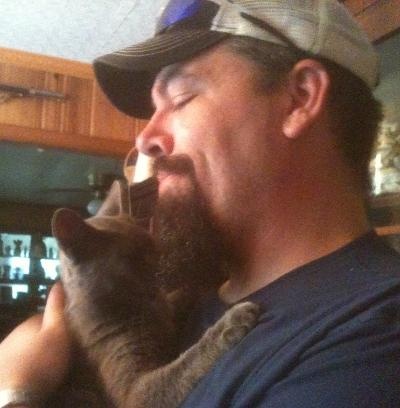 Robert Rex Drummond, lovingly known as Rochester to his friends, age 44, of Hiawassee, Georgia passed away on Friday, May 22, 2020 after an extended illness. He was born on September 22, 1975 in Batavia, New York to William R. and Barbara Drummond. Robert graduated from Caledonia-Mumford Central High School and Tri-County Community College. He pursued the art of welding, was a heavy equipment operator and a mechanic. He later found his love of the open road as an over the road truck driver. His daughter, his dog “Dixie” and family were his whole life. Everyone that knew him loved his funny, loving, and caring soul. Robert never met a stranger and would help anyone in need. He is preceded by his grandfather and grandmother Robert William Drummond Sr. and Jeanne Drummond of Hiawassee, Georgia and his father, William Robert Drummond Jr. of Mumford, New York. Robert is survived by his mother, Barbara Drummond of Hiawassee, Georgia; daughter, Victoria Drummond from Commerce, Georgia; sister and brother-in-law, Debra and Jody Norton of Young Harris, Georgia; aunt and uncle, Phyllis and Bill Christine of Young Harris, Georgia; nephew and niece James and Darby Jo Norton of Young Harris, Georgia; and special friend Debronda Mullins of Young Harris, Georgia. A private graveside service will be held. In lieu of flowers, donations may be made to the Kidney Association in Robert’s memory. Banister-Cooper Funeral Home of Hiawassee, Georgia is in charge of arrangements.

To send flowers to the family in memory of Robert Rex Drummond, please visit our flower store.