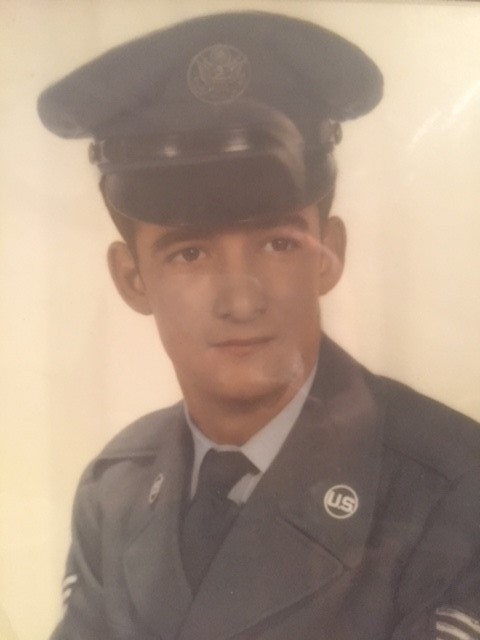 Bobby was born November 13,1938 in Harrisonburg, LA to Mary and Everett Brackett.  Bobby and his sisters, Betty Ann and Irene, had a difficult childhood, but have fond memories of playing together and with friends growing up in Jonesville, LA.

Bobby joined the United States Air Force in 1955 at the age of 16 (by 2 months!!), and was a Master Sargeant by the age of 19.  He earned his GED while in the Air Force and worked in communications during the Korean War.

Bobby married JoAnn Williams in Las Vegas in 1965.  They lived a full life traveling the country with Bobby’s many jobs in the telecommunications industry, and were blessed with two girls, Paula and Marcy, but their greatest joy was their granddaughter Megan, whom they helped to raise.

Bobby received his FCC Radio Telephone Operator License, and began his career installing telephone towers. He worked with Collins Radio and was involved with putting the first satellites into space, and later moved into the microwave radio field, where he was the lead engineer.  He then tried his hand at sales where he was on the cutting edge of the analog to digital data conversion, and retired from Nortel at the age of 49.  He then became the proud owner of Tommy’s Hobby Shop in Roswell, GA where he spent many years making friends and building and flying remote control airplanes.  He and JoAnn retired once again, and moved to Bishop, CA where they had first met, to be closer to aging family.  They loved this time in the High Sierras where they would hike through the Owen’s Valley.

It was not at all unusual for Bobby to rescue an injured bird or bunny and nurture it back to health, nor for a lost child to end up at his door where a worried parent could find them, or deliver a treasure trove of fresh vegetables from his garden to neighbors, or take a home cooked meal to those that needed a little TLC.

Bobby was a loving and generous husband and father – someone you knew would always offer sound advice and support. He raised his girls to be independent, allowing them to make their own choices in life.  He was a great storyteller, loved a good joke, a good laugh, and to help others in need, most times, without them even knowing it was he that had assisted.

In his later years, he cared for his wife of 49 years, until she succumbed to Alzheimer’s.  He relished time spent reconnecting with family and being Popo to his girls, especially his new love, great granddaughter Emmy Lyn.  He enjoyed being the ‘person’ to his many dogs:  Jake, Jinx, Dozier, Buster and Molly.  He was an excellent cook, and loved sharing his culinary treasures with family and friends.

He leaves this earth to join those that have gone before him: his wife JoAnn Williams Brackett; parents, Mary Kopec and Everett Brackett; and his daughter Debra Brackett.

Your prayers are all that we need. If you feel that you must do something, honor Bobby’s memory by taking a page from his life, and donate to The Humane Society, your local homeless shelter, St. Jude’s Children’s Hospital, or simply perform an act of kindness for a stranger, or just call and tell your family or an old friend that you love them.  His family is at peace knowing he and our Mom are reunited and watching over each of us from Heaven.

Bobby’s family will celebrate his life at a future date at one of his favorite places on the Cartecay River, in Ellijay, GA.

To send flowers to the family in memory of Robert Leon Brackett, please visit our flower store.
Send a Sympathy Card