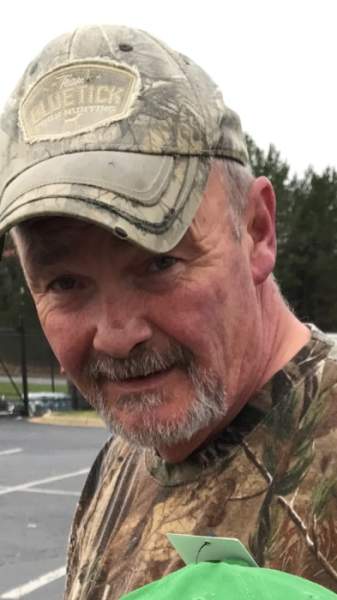 Mr. Rickie Lee Ledford, age 59 of Hiawassee Georgia, passed away February 24, 2018. Rickie was born on October 30, 1958 to the late Cloe and Ola (Burrell) Ledford in Habersham County Georgia. He was married to the love of his life Mrs. Shirley Williams-Ledford for twenty four years before she passed last year. Mr. Ledford was the pastor at God's Lighthouse in Hiawassee for more than 16 years. He was a hard worker and had spent 25+ years at Hanson Rock Quarry. He enjoyed fishing and hunting in his spare time. Rickie was a devoted father to his two sons and an exceptional grandfather to his grandchildren.  He was preceded in death by his brother, Harold Ledford and sister, Barbara Spiva. Mr. Ledford is survived by sons, Blake, his wife Sarah Ledford, Justin Ledford his fiancé Lorin Ledford;  brothers, Herman his wife Bell Ledford, Darold his wife Polly Ledford; sisters, Vonita her husband Roy Matheson, Oleta her husband Bill Canup, and Geraldine Ledford; grandchildren, Sabrina, Braydon, Baylee and Autumn Ledford and one granddaughter on the way, Gracie Ledford. He also leaves behind a dear friend Susan Gilmore.
Visitation: Monday, February 26, 2018 6:00-8:00 at Banister Funeral Home.
Service: Tuesday, February 27, 2018 2:00 PM in the chapel of Banister Funeral Home with Rev. Nathan Browning officiating.
Interment in the Laurel Hills Memory Garden.
Banister Funeral Home is in charge of the arrangements.

To send flowers to the family in memory of Rickie Lee Ledford, please visit our flower store.