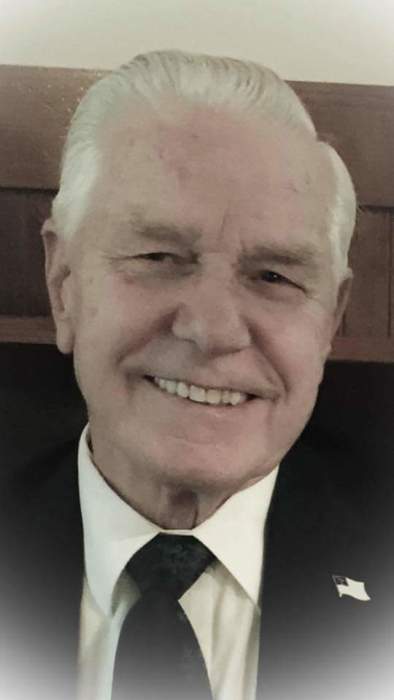 Richard Norman, 82 of Hiawassee Georgia went to His heavenly home to be with His Lord and Savior on July 2, 2018. He is survived by his wife, Barbara Ruth Norman, three children, Lori Hill (Garland) of Hiawassee GA., Sharyn Warren of Hendersonville TN., Rick Norman (Sandi) of Winder GA., 6 grandchildren: Stacia Childress (Brian), Brandon Redding, Ryan Norman (Gabrielle), Ricky Norman, Blake Norman, Jared Warren and 6 great-grandchildren, 2 brothers Lee Norman and Fred Norman and many nieces and nephews. He is preceded in death by his parents Richard Ivey Norman & Iva Reine Norman, 3 sisters Erlyne Smith, LaVergne Brandel and Barbara Anderson, 2 brothers Gerald Norman and Wilbur Norman. He was a member of Calvary Baptist Church of Hiawassee, GA and formerly of Sonlight Baptist Church in Colbert, GA. Prior to the call to the mission field he was an aircraft engine mechanic in Miami, FL for 14 years. He served as a missionary church planter of 4 churches in Alaska for 20 years, then as Pastor in Parsons TN for 8 years before retiring in 2001. He loved people and was adored by everyone with whom he came in contact. His smile was contagious and he made everyone feel special. A memorial service will be held on Saturday, July 7, 2018 at Banister Funeral Home Chapel with Pastor Nate Browning officiating. Visitation will be held at 1pm with service to follow at 2pm. Banister Funeral Home of Hiawassee, Georgia is in charge of arrangements.

To send flowers to the family in memory of Richard Norman, please visit our flower store.
Send a Sympathy Card