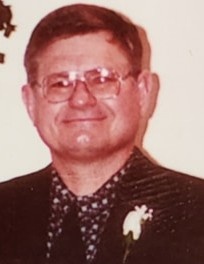 Richard Norman Johnstone Jr., age 74 of Hiawassee, passed away Sunday October 25, 2020. Richard was born on July 13, 1946 to the late Richard Sr. and Wilma ( Van Nuss) Johnstone in Ft. Lauderdale, FL. Richard fought in Vietnam and served his country for four years. Mr. Johnstone taught math for 30 years between Towns and Rabun County School. He enjoyed every minute of his retirement whether it be reading a good book or fishing with his grandchildren and he was a very devoted husband to his wife of 42 years.
He is preceded in death by his parents. He is survived in death by his wife Ann, daughter; Lisa (Darren) Sutton, son; Matthew (Kimberly) Johnstone, brothers; Robert (Cheryl) Johnstone, Jim (Cindy) Johnstone, grandchildren; Maelei Johnstone, Devin Wheeler, Tyler Persall, Cara Wheeler, Emily Sutton, Zoey Sutton, Erik Sutton, Claire Sutton, Chloe Sutton, Kaden Sutton and a number of nieces and nephews.

A memorial service will be held at a later date. The family request in lieu of flowers donations be made to the Gideons.
Banister-Cooper is in charge of arrangements for Mr. Johnstone.

To send flowers to the family in memory of Richard N Johnstone, please visit our flower store.