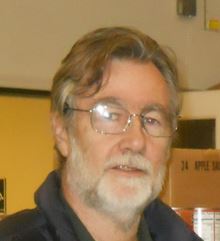 Richard Brian Botting, a kind and generous man, passed away on September 20, 2017, at NE Georgia Medical Center surrounded by family and friends.

Richard was born in Buenos Aires, Argentina in 1945, the son of Buster and Molly Botting.  He grew up in Argentina where he attended St. George’s College and obtained his pilot’s license while serving with the Argentine Air Force.  He came to the United States in 1967, attended college and became a citizen.  In the late 1960s he moved to Florida where he worked in construction and eventually owned a construction rental company.  In Florida he was very involved with youth programs, founded a soccer league in Coral Springs, and was involved with water skiing events for which he was a national Judge.

In 2002 he moved to the mountains of Georgia, settling in the City of Hiawassee where he owned a construction equipment/party rental business.  He was a Board Member of the Towns County Industrial Board.   He grew to love the area and the people he met here, many of whom became very close friends.  He enjoyed sharing breakfast with the Hiawassee United Methodist Men and meeting daily with his morning coffee group.  He often said this community made him the happiest he’d ever been.

In 2008 he became the Coordinator of the Towns County Food Pantry.   He spent the next 9 years giving his time and love to those in need and the disabled.  For those who didn’t know Richard, he was one of those people who would do anything for friend or stranger.  Health issues never slowed him down when helping others.  He touched many of our lives in a positive, caring way.  His sense of humor was unique.   His many interests included antique cars and all motor sports.

Richard is survived by his beloved wife, Madeline, sons, Philippe, Brian, Scott, sisters, Hazel and Jannet, brother,  Tony, step-children, Tammy, Lindsay and David.  Richard was lucky enough to have 14 grandchildren, and several nieces and nephews whom he loved dearly.

In lieu of services and flowers, it was Richard’s wish that donations be made to the Towns County Food Pantry, P.O. Box 42, Hiawassee, Georgia  30546  (www.townscountyga.org/food-pantry.html).

To send flowers to the family in memory of Richard Botting, please visit our flower store.
Send a Sympathy Card