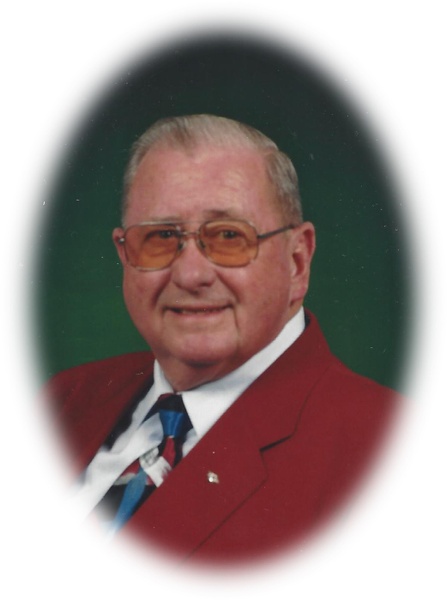 Mr. Ralph Edwin Grady, age 85, of Hiawassee, Georgia passed away Friday, October 5, 2018 at Emory Midtown in Atlanta, Georgia. Ralph was born on September 1, 1933 to the late Fred Cass and Nannie Katherin (Copeland) Grady in Atlanta, Georgia. Mr. Grady was married to the love of his life, Mrs. Jean (Knight) Grady for 67 years as of August 3, 2018 and together they had three children; daughters and son-in-laws, Melody and Kirk Elliott of Dallas, Georgia and Sheila and Bill Kendall of Dallas; son and daughter-in-law Lamar and Mary Grady of Villa Rica, Georgia; and were further blessed with six grandchildren and twelve great grand children. Also surviving are two sisters; Sue Wheeler of Waverly Hall, Georgia and Laura Bell Tidwell of Cartersville, Georgia and a brother, Larry Wayne Grady Sr. of Lithia Springs, Georgia; a number of nieces, nephews, extended family and friends remain as well. He is preceded in death by his parents and one brother Lewis Bartow Grady.
Mr. Grady was a member of McConnell Memorial Baptist Church where he was heavily involved with his Sunday school family and a member of the choir as well an ordained deacon. His passion for singing went further than his church choir, he actually had a singing group "Joyful Sounds" for a number of years. Before retiring he owned and operated Smyrna Radiator Service and Garage for close to 30 years. He was also a Colonel in the Civil Air Patrol from 1972 until 1993 helping complete many missions. As well as a Master Mason for over 65 years, most recently at Unicoi Lodge in Hiawassee as their chaplain, a Shriner and member of Scottish Rite since 1971. After retiring and moving to Hiawassee in1999 full time he joined the Lions Club where he was very active year round and enjoyed the fair season as well where he worked the Cat Fish booth.
Regardless of the many accomplishments Ralph achieved he will be most remembered for his heart and love for people. He was always the first to offer to help in any situation. He was such a people person and small business man that he often would help the Sanders Funeral Home across the street from his auto repair shop when they were busy. Ralph will be remembered as a devoted husband, loving father and grandfather, a caring brother and a kind helping hand to many.
Family will receive friends on Tuesday, October 9, 2018 from 5:00PM until 8:00PM in the chapel of Banister Funeral Home.
Services will be held Wednesday, October 10, 2018 at 2:00PM at McConnell Memorial Baptist Church in Hiawassee, Georgia with the Rev. Danny Byers and John Grady Officiating.
Music will be provided by The Cheerful Sounds.
Banister Funeral Home of Hiawassee, Georgia is in charge of the arrangements.

To send flowers to the family in memory of Ralph Edwin Grady, please visit our flower store.