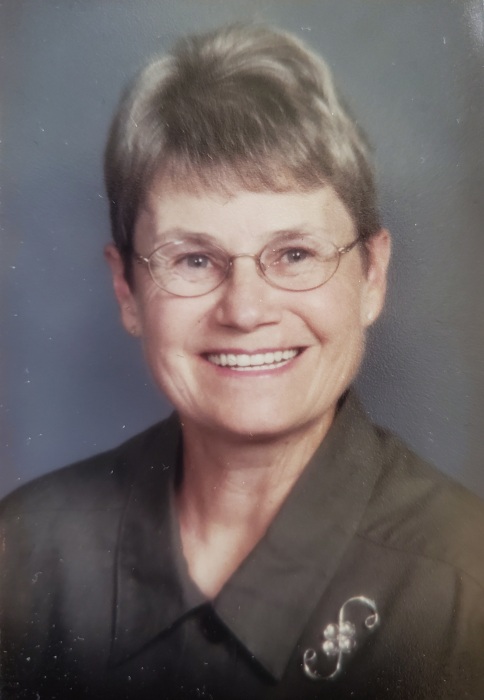 Patricia Ann Guss passed away March 20, 2021 in Hiawassee, GA at the age of 80. Patricia Ann Weiland was born August 16, 1940 in Sioux Falls, SD, the daughter of Camille and Constance (Evenson) Weiland. Patti grew up in the Rutland, SD area and graduated from Rutland High School in 1958. She was united in marriage to Paul LeRoy Guss on August 27th , 1960. They made their home first in Brookings, SD, with a move to Madison, WI while Paul completed his education, and finally returned to Brookings, SD in 1967. They had three children. Paul passed away January 1, 1984. Patti was a homemaker and mother and also worked part-time at the Brookings Sale Barn and for many years at the Town and Country Shopper. Patti was a member of St. Thomas More parish in Brookings and spent many hours tending to the church flowerbeds. Patti kept an immaculate household and enjoyed spending time outdoors, gardening and keeping her yard pristine. In 2016, failing health necessitated a move to Hiawassee, GA in order to be closer to family. She made her home at Brasstown Manor, and there she
made many friends and was known to have the best smile. Patti is survived by her three children: Michael (Angela Redman) Guss of Rosemount, MN; Daniel (Anita) Guss of Hiawassee, GA; and Leanne (Gregory) Haiwick of Ankeny, IA; her brother Robert Weiland of Sinai, SD; her sister Audrey (James) Herron of Rapid City, SD; and her grandchildren; Tyler, Camille, Walker, Nicholas, Nathan, and Lauren. She was preceded in death by her parents, her husband, Paul; and her brother, Thomas.

To send flowers to the family in memory of Patricia Guss, please visit our flower store.
Send a Sympathy Card