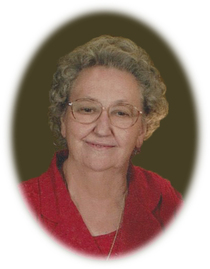 Nola Mae Kimsey, age 87, of Hiawassee, GA passed away on July 30, 2015 at her home following an extended illness. She was born on May 13, 1928 to the late William and Stella (Burch) Barrett. She was a member of the Eastern Star and Union Hill UMC Choir. She was preceded in death by her husband, Carl Kimsey and her son, Dennis Kimsey. Survivors include, daughter; Sherry Kimsey of Hiawassee, GA, nephew; Wesley Barrett, niece; Brenda Shook, niece, Betty Seckinger, a host of family and friends also survive. Funeral services were held on Saturday, August 1, 2015 from the Union Hill United Methodist Church with Rev. Chris Rumfelt, Rev. Katie Strals and Ken Fuller officiating. Music was provided by Chris Rumfelt and Claudette Griffin. The family received  friends on Saturday, August 1, 2015 at the chapel at Banister Funeral Home fromm 11:30AM - 1:30 PM. Interment followed at Burch Cemetery in Hiawassee, GA.  Banister Funeral Home of Hiawassee, GA in charge of arrangements.
To send flowers to the family in memory of Nola Mae Kimsey, please visit our flower store.
Send a Sympathy Card