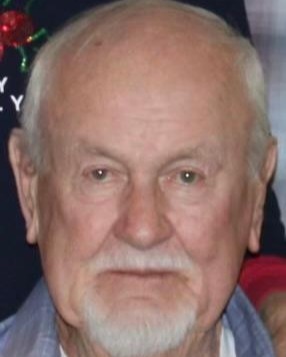 Nelson Govan Chastain, age 84, of Hiawassee, Georgia passed away on Sunday, November 06, 2022 at Chatuge Regional Hospital. Nelson was born to the late William Joseph and Nola Shook Chastain in Hiawassee on January 31, 1938. He attended Bell Scene Baptist Church, was a veteran of the United States Army, was a Mason and a Shriner. He enjoyed racing and watching Nascar, baseball and football.  Nelson was a God fearing man who loved his family. Watching his grandchildren play sports was a highlight of his life. Every year he and his wife would host a Fourth of July cookout; he would stay up all night with his sons smoking a hog so friends and family could all come together to celebrate that day!
He is preceded in death by his parents,  William and Nola Chastain; brothers, Vaughn, Jay and LV Chastain; sisters, Reba Walls and Marie Henson; brother-in-law, Chuck Creed and great grandson, Owen Phillips. Nelson is survived by his wife, Jacque Hunnicutt Chastain; sons and daughters-in-law, Steffon and Amy Chastain, Stan and Stacy Chastain, Michael and Erica Chastain; grandchildren,  Ashley and Kalen Phillips, Matthew, Connor and Hope Chastain; brother and sister-in-law, Ervin and Linda Chastain; sister, Beatrice Creed; along with a number of nieces, nephews and extended family and friends.

To send flowers to the family in memory of Nelson Govan Chastain, please visit our flower store.