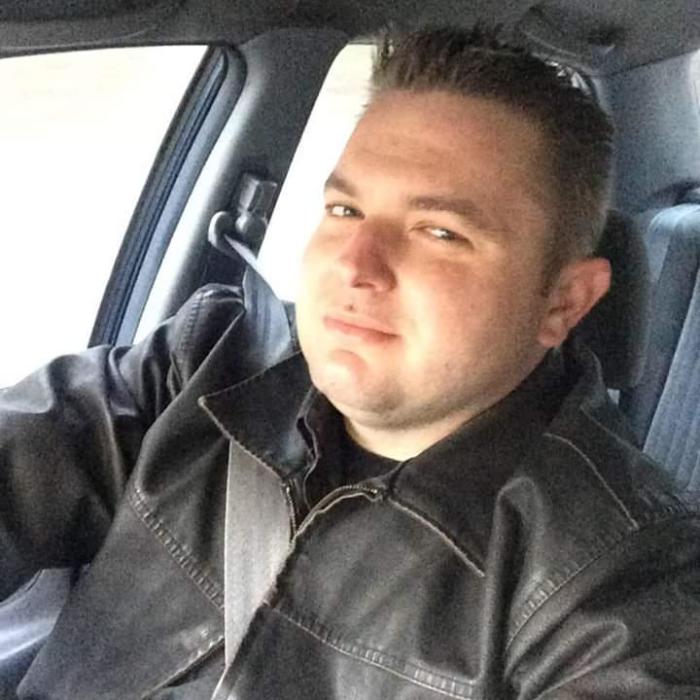 Mr. Matthew Sean Eggley 41, of Hayesville,NC passed away to soon, on Saturday, August 3rd, 2019. He was the most amazing husband, father, friend, and he loved his God, Jehovah. Matt never met a stranger, and always saw the good in people. Matt loved people so much that he dedicated his life to Jehovah God on July 8th, 1995, so that he could tell people about the loving God he served. He loved telling people about Jehovah so much that he reached one of his goals of pursing his ministry full time. Matt would often express his hope for the future, by telling ones, his favorite scripture, found at Revelation 21:3,4 “..And he will wipe out every tear from their eyes, and death will be no more, neither will mourning nor outcry nor pain be anymore. The former things have passed away.” Matt wanted all to know about GodÊ¼s kingdom and the benefits they could gain through that kingdom. One hope that was close to his heart was the resurrection hope. He knew that he would see his grandparents again in a beautiful paradise, here on earth. Psalms 37:10-11; Acts 24:15; John 5:28-29. Matt took pride in being a father. Everything he did, he did it with his girls in mind. All felt that they knew his girls by how much he talked about them. Matt adored his wife Susan, she truly completed him. Matt enjoyed watching his teams the Chicago Bears, and especially the Cubs, with his wife right beside him. He loved animals, often going to the Humane Society, “just to look” he would say, only to bring home another baby. He enjoyed JehovahÊ¼s creation and being outside,fishing. Matt would often be seen with a bag of Frito Lays and a Pepsi, in his hand. Mr. Eggley was preceded in death by his grandparents, Norman and Virginia Hawn. He is survived by his loving and supportive wife, Susan Elizabeth Eggley. His beautiful daughters, Reece Eggley, Erin Eggley, and Kristeena Eggley. His parents Edward and Lynn Eggley. His sisters Cherity and Larry Breazeale, April and John Hall. His brother Dustin and Melanie Eggley. His nieces and nephews; Jordan, Isaiah,Tyler, Trenton, Kendall, Brianna, Austin, Jonathan, Naomi, and Ezekiel. And when he married Susan he inherited more parents, Michael and Terry Greene, and a lot more sisters and brothers, and a brother and sister in law, that became good friends to him, Exevier and Patricia Dunlap. Memorial services for Matt will be Saturday, August 10, 2019, at 2pm at the Kingdom Hall of Jehovah Witnesses in Murphy, 500 Maltby Road, Marble, NC 28905, with Art Voskins officiating. Repass to follow at Andrews Community Center, 535 Main Street, Andrews, NC 28901. Please send your condolences to banisterfuneral.com. Till I see you again, I love you the “mostest”

Banister Funeral Home is in charge of the arrangements of Mr. Eggley.

To send flowers to the family in memory of Mr. Matthew Sean Eggley, please visit our flower store.
Send a Sympathy Card