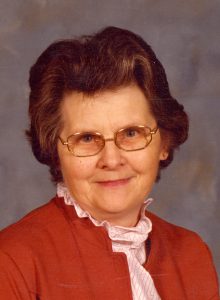 Services will be held at 2 pm Wednesday, November 29, 2017 at the Carnesville United Methodist Church.  Burial will follow at the Franklin Memorial Gardens.

The family will receive friends from 11am until the funeral hour at the funeral home. Condolences may be left at ginnfuneralhome.com. Flowers are optional but memorials may be made to Children’s Healthcare of Atlanta, 1577 Northeast Expressway, Suite A, Atlanta, GA 30329.

To send flowers to the family in memory of Mary Payne, please visit our flower store.
Send a Sympathy Card