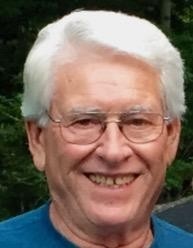 Marvin Ballantine age 85, of Hiawassee, Ga passed away on January 21, 2020 in his home. Marvin was born March 5, 1934 to the late Fredrick and Dena (Elenbass) Ballantine. He met his best friend in 1974 and then married her in 1985. Marvin had a love for traveling, hot rods, fast cars and building. He built several houses in Towns County.
Mr. Ballantine is survived by his wife Carla Ballantine; Daughters, Debbie (Gary) Helton and Barbie (Darin) McMurray; grandchildren Sean Helton and Matthew McMurray and many dear family and friends.
Banister-Cooper Funeral Home is in charge of Mr. Ballantine's arrangements.

To send flowers to the family in memory of Marvin Ballantine, please visit our flower store.
Send a Sympathy Card