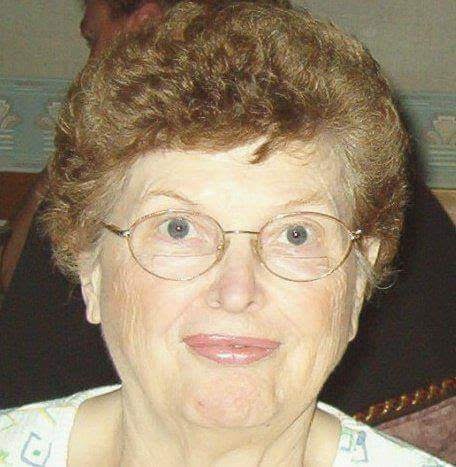 Mrs. Martina "Tina" Faye Adams, age 86, of Hiawassee, Georgia passed away July 22, 2018 at Chatuge Regional Nursing Home. Tina was born to the late Glen and Juanita Ross on August 9, 1932 in McHenry, Kentucky. Before moving to Hiawassee, Tina lived in northwest Indiana and Baker, Louisiana. She worked as a bookkeeper and in the tax preparation industry. In her free time she was an avid reader and enjoyed playing cards, tending to her flowers and collecting knick knacks. Mrs. Adams is preceded in death by her husband, Thomas M. Adams; daughter, Peggy Ann Adams; brothers, Dewart Glenn Ross and Bruce Ross and sister, Barbara Kregel. She is survived by son, John Adams of Hiawassee, Georgia; siblings, Patricia Keilmann of Texas, Betty Sue Moore of Illinois, Gail Spain of Arizona, Robert Ross of Indiana and Karen Noble of Indiana; grandchildren, Kevin, Anna and Timothy Adams all of Florida along with five great grand children. A small private memorial service will be held at a later date and she will be buried alongside her husband and daughter in Louisiana. In lieu of flowers, please consider making a donation to organizations searching for cures to dementia and Alzheimers Diseases. Banister Funeral Home, Hiawassee, Georgia is in charge of arrangements.

To send flowers to the family in memory of Martina Faye Adams, please visit our flower store.