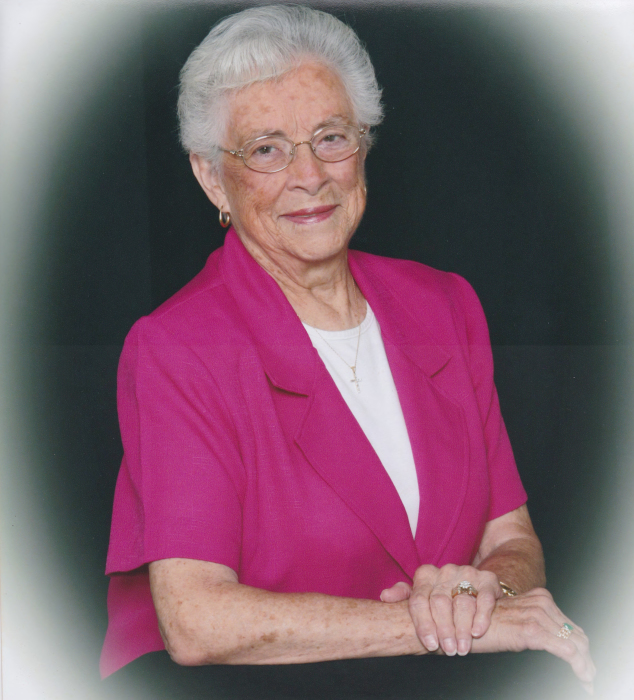 Marg Chapin passed away on March 16, 2017 peacefully at her home surrounded by her family.  Mrs. Chapin was born on June 29, 1930 to Edward Francis Cooper, Sr. and Evelyn Walker Cooper.  She was preceded in death by her loving husband David F. Chapin, siblings: Kathryn Chase, Evelyn Cooper, Helen Tracy, Edward Cooper and Charles Cooper.  She is survived by her daughter Elizabeth Reineke, son, Robert (Linda) Chapin, grandsons Nick Reineke and Cody Chapin and nieces and nephews.

Mrs. Chapin met the love of her life, Dave, on a blind date in Watertown, NY.  They were married for 56 years at the time of his passing.  She was a supportive, loving and loyal wife and followed Mr. Chapin from Watertown, NY to Boston, MA, then East Norwich in Long Island, NY and settled in Dunwoody, GA.  They both loved to entertain and Mrs. Chapin loved to lunch and play bridge with her lady friends.  She was also a very loyal and loving mother, grandmother, aunt, friend and neighbor to so many with an outstanding strength of character.

She was a devoted Catholic and attended All Saints Catholic Church in Dunwoody, GA and St. Dominic’s in Oyster Bay, NY.  Mrs. Chapin was also a dedicated and reliable volunteer for 22 years at Emory Dunwoody Medical Center where she served as Treasurer, Vice President and President.  Overall she volunteered for approximately 35 years. She was with the Council on Auxiliaries/Volunteers for the Georgia Hospital Association where she served as President of the Board of Management, and a member of the board for a total of 13 years.  While in New York she was extremely active at her children’s schools and served as President of the OBEN PTA and head of the guild at St. Dominic’s Church.

Her family will host a celebration of her life for friends and family Hiawassee Park Retirement Community Clubhouse, 89 Hiawassee Park Drive, Hiawassee, GA 30546.on Saturday March 25, 2017 with visitation from 11-3pm a blessing by Father Wise at 1pm.

In lieu of flowers the family asks that donations be made in her name to:

To send flowers to the family in memory of Marguerite Mary Chapin, please visit our flower store.
Send a Sympathy Card