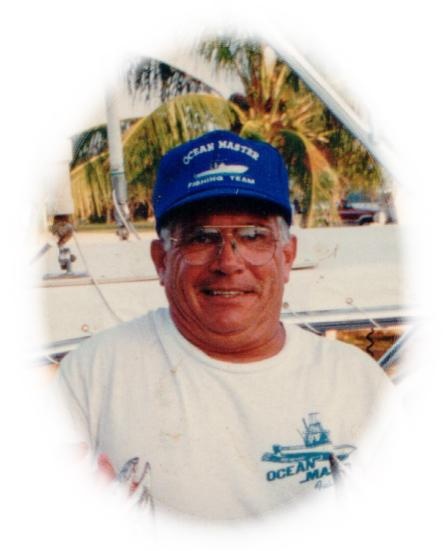 
It is with deeply saddened hearts, that we announce the passing of our loved one Leonard (Larry) Sofield age 81. We rejoice in knowing he has entered the Kingdom of Heaven. Leonard was born in Philadelphia, PA to Edwin and Anna (Nee Bermudez) Sofield. Leonard grew up in New Tripoli, PA, then moved to  Lindenwold, NJ. At age 17 Leonard joined the U.S. Coast Guard. He went to Boot Camp in Cape May NJ. HE was stationed at Battery Park, NY, then transferred to Burlington Vermont on Lake Champlain. He was an enginemen on the Coast Guard Cutter Sauk. After his service in the Coast Guard Leonard returned to Lindenwold, NJ and became a Police officer. He helped establish the first canine unit for the department. During the 1960s Leonard raced cars at Heightstown Speedway and Pleasantville Speedway under the name of Pee Wee Sofield. Leonard then moved to West Creek, NJ where he was a mechanic for his mothers family run service station. He helped establish the West Creek police department, He was a member of the West Creek School Board and West Creek Methodist Church. Leonard went to work for McCarthy Ford Dealership in 1972 in Pleasantville, NJ. During this time a union member came to organize the shop. Leonard was very instrumental in helping the union organize the shop that they offered him a job as an organizer. He worked for the Amalgamated union for many years becoming Vice President. Leonard was an avid fisherman and loved fishing as much as possible off the coast of New Jersey. He established the Tuckerton fishoff kissoff tournament with close friends. Leonard retired from the Union in 1992 and moved to Marathon in the Florida Keys. He became an avid scuba diver and fisherman. He loved playing golf and riding his motorcycle. Leonard and his family then moved to the beautiful mountains of Hiawassee, Georgia. He became involved in building race cars. He built many winning race cars and won many championships at Brasstown racetrack and Blue Ridge race track with drivers Arlen Ledford, Ricky Smith and his pride and joy son Steven. Leonard was a very charitable man giving to those in need and especially to St. Jude Children's Hospital, Wounded Warrior Project Shriners Hospital and Tower to Tower. Leonard was preceded by his parents; Edwin and Anna Sofield, brother; Howard Sofield, son; John Sofield, grandsons; Michael and Leonard Sofield. He leaves behind his loving wife of 40 years Diana, son; Larry Sofield from Mystic Island, NJ, son; Leonard Sofield of Hiawassee, GA, son; Michael Sofield of Tuckerton, NJ, daughter; Tammy Reynolds(Rick) of Mystic Island, NJ, son; Walter Sofield(Lisa) of Young Harris, GA, son; Lewis Sofield(JoAnne) of Tuckerton, NJ, son; Scott Sofield(Leigh) of Canton, GA, son; Steven Sofield of Hiawassee, GA, brother; Edwin Sofield of Tuckerton, NJ, sister-n-law Patty Sofield Clemonton, NJ, 20 grandchildren, 9 great-grandchildren and many loving cousins, nephews and nieces and friends.
In lieu of flowers please make donations to one of his favorite charities.
Burial-Greenwood Cemetery Tuckerton, NJ.

To send flowers to the family in memory of Leonard "Larry" Sofield, please visit our flower store.