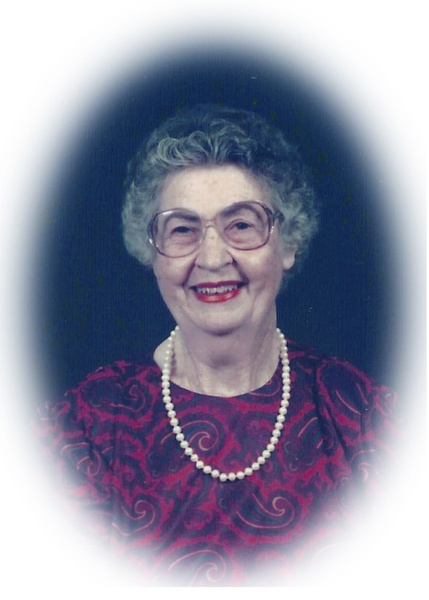 Mrs. Lattie Belle Trulove Nichols of Young Harris passed away at age 98 of complications resulting from a broken hip while undergoing rehabilitation service at Chatuge Regional Nursing Home in Hiawassee on January 19, 2021. She was a daughter of the late Joseph and Birdie Brown Trulove. She was born on April 14, 1922 in Clay County, North Carolina, but moved with her family to Towns County when she was three years old.

Belle married J B Nichols on October 14, 1939, and they were happily married for just over seventy years before J B passed away at age 94 on February 19, 2010. J B was homebound and then bedfast for several years at the end of his life but Belle took wonderful care of him with able assistance from J B who was a very large man standing 6'2" tall and weighing some 220 pounds during his prime years. He had been involved in many physically demanding activities within Towns County including farming, hauling antique furniture, and as manager of the building and grounds at the Georgia Mountain Fair for some forty years.

Belle lived in the Woods Grove Community of Towns County with the exception of brief absences following the move from Clay County to Towns County for the remainder of her life and was cherished for her friendship and very helpful manner to others in many areas of life. She was an active member of Woods Grove Baptist Church for most of her life, attending service on both Sunday morning and Sunday night, including on Sunday mornings during some of the Covid crisis, until a few months ago when losing some strength and balance. She even did her riding mowing and taking care of a beautiful flowers filled yard with a number of vegetables among the flowers for part of the summer of 2020 after having quite large gardens and sharing vegetables with others for much of her life.

Belle served faithfully as a seamstress at Carolina Dress Plant in Hiawassee for twenty six years. Long time friends and relatives were much impressed then for many years following her retirement by frequent questions being asked by former coworkers about how she was doing along with high praise being expressed about her high quality of work.

J B and Belle were avid photographers, traveling to forty seven states together by automobile, with Utah the only state missed among the continuous forty eight, along with six Canadian Provinces, often with nephew Jerry Kendall and then along with his wife Glynda after their marriage. They took numerous slides and photos during these trips and shared slide shows with groups such as but not limited to the Towns County Lions Club and local veterans groups. They were also cherished for their serving many young couples with limited income in taking pictures at their weddings for nominal charges and for other couples as well and at class reunions, church functions, and various other events.

Belle and J B were very active and vital participants in the Woods Grove Community Improvement Club, including allowing the use of J B's workshop as the meeting place for the club, which won first place and a then enormous for the time $1,000 reward in 1953 in competition with some 115 other community clubs in North Georgia.

The award was received at the Biltmore Hotel in Atlanta with the effort being sponsored by the Farmers Club of the Atlanta Chamber of Commerce. The victory was significant enough that J B's sister, Velma Ree Kendall, as president of the club appeared to discuss the community activity on the WSB TV Today in Georgia program and the National Farm and Home Hour radio program based in Chicago as a result of the extensive community effort.

Belle had a special love for music and attended concerts at Mountain Home Music Theater on a very frequent basis and she especially enjoyed local gospel concerts as well at locations such as her own Woods Grove Church and McConnell Memorial Church.

Belle's accomplishments in nearly ninety nine years were numerous but her mental capabilities in her later years brought her to remarkable status. She was in total charge of all of her financial actions and needs, her health needs, and all types of needs related to keeping a beautiful home nearly seventy years old in beautiful and immaculate condition with family and scenic photos in vast array. She literally had the mental capabilities of someone fifty years younger and was so appreciative of any physical type help she needed and received during her final weeks by those who cherished her love and friendship.

Belle was preceded in death in addition to J B and her parents by her brother, Dan Truelove, sister in law Velma Ree Nichols Kendall, brother in law Willis Nichols, and nephew Bruce Nichols. She is survived by sisters in law Lorena Teague Truelove and Clara McClure Nichols, niece Barbara Nichols Goolsby and nephews Larry Truelove (Sharon), Jerry Kendall (Glynda), Dennis Nichols (Diann), and Perry Nichols along with six great nieces and nephews and nine great great nieces and nephews.

A funeral service will be held at Woods Grove Baptist Church at 2:00 pm on Friday, January 22, with visitation for family from 12:00 noon to 12:30 pm and with other visitors to follow between 12:30 pm and 2:00 pm. Rev. Scott Sims, pastor at Woods Grove Church, and Rev. Larry Truelove will officiate and music will be provided by Alan Kendall. Pallbearers will be Matt Goolsby, Alan Kendall, Kevin Kendall, Scott Neal, Wade Nichols, and Charlie Trulove.

Social Distancing and a Mask are requested and encouraged.

To send flowers to the family in memory of Lattie Belle Nichols, please visit our flower store.
Send a Sympathy Card