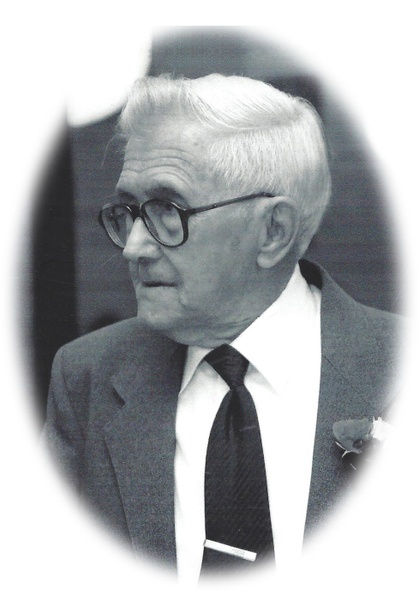 Lake Hogsed, age 98, of Hiawassee, Georgia passed away on Friday, April 24, 2020 at Chatuge Regional Nursing Home. Lake was born on October 21, 1921  to the late Mr. and Mrs. Alex and Lizzy (McClure) Hogsed in Hayesville, North Carolina. He was a longtime member of Macedonia Baptist Church. He was a true people person and loved being outdoors. Lake could sell anything to anyone; his whole life he was selling one thing or another and with great success. He and Mrs. Lillian (Reynolds) were married for 58 years when she passed. Lake is survived by daughters and sons-in-law, Nancy and Rudy Curtis of Columbia, South Carolina, Mary and Steve Payne of Hiawassee, Georgia, Susie and Wes Hooper Of Young Harris, Georgia; grandchildren, Stephanie and Kyle Hite, Anthony and Melissa Curtis, Cory and McKenzie Payne, Brette and John Allen, Heath and AnnMarie Hooper; and 8 great grandchildren. In lieu of flowers donations may be made to the Towns County Food Pantry in Lakes Honor. Cards of condolence may be sent to The Hogsed Family, PO Box 65 Hiawassee, GA 30546.

There will be a private service at this time.

Banister-Cooper Funeral Home is in charge of the arrangements for Mr. Lake Hogsed

As a child Lake helped his dad carry the mail on an old T-Model that didn’t have brakes.

He then got a job at a saw mill - moving saw dust. Worked one day and quit. He just never went back, too hard of work.

He went into the CC Camp. Stationed near Franklin, NC. He had never been to Franklin before. He thought he was on the other side of the world.

After CC’s he and Guy decided to become farmers. That was short lived. So Lake started carrying the mail and had his own taxi service. Later he added a bus service between Murphy, Hayesville and Franklin.

Lake was drafted into the Army. He didn’t want to go because he was making good money with his 3 businesses. He started in Ft. Jackson, SC, moved to Camp Steward, GA, spent a week in New York and was sent to Wales, England. From there he was transferred to Northern Ireland, Scotland, and back to England.

D-Day arrived and Lake found himself on the coast of France in the invasion of Omaha Beachead. Moving through France, into Belgium, and Germany, Lake was one of many soldiers who met the Russians at the Seine River, Germany. The war ended. It had been eleven months since Lake had slept in a bed. Lake served as a MP in Nurnberg for six months before returning to the states. He recalled being very happy in Nurnberg after the war. There was plenty to eat, a bed to sleep in, and the people were friendly. From Fort Bragg, Lake was discharged and returned to Clay County.

In the Army, someone threw him a pair of scissors and told him to start cutting hair. He did, so he was a self taught barber. Later, he became a MP (Military Police) and got to ride around in a Jeep all day.

After getting out of the Army, he caught a ride on a milk truck going up the mountain to Asheville. By the time they got to Asheville, he had a job delivering milk.

After this, he went on to Gastonia to try and find a job. He stopped at a gas station and it was quite busy, so he just started pumping gas for the owner. Before it was all over, the owner was so impressed with him that he gave him a job and a room in the back of the gas station.

After leaving there, he went to Kingsport, TN. He was driving a construction dump truck. Worked his way up to driving “A Brand New Dump Truck.”

Finally he came back to Shooting Creek and started working for Haig Davenport. He was sent out over the county driving a “Rolling Store”. He had such interesting and funny stories to tell about this adventure.

Then he ventured out again and move to Hayesville and opened the Hayesville Cafe. Ran the cafe and the 17 room boarding house above the cafe. At the same time, opened his own bus route - Murphy, Hayesville and Franklin.

Glenn Swanson was the sheriff and he did not have a driver’s license. So Lake drove him around and transported prisoners. He opened his first car lot at this time on the square in Hayesville.

He then moved his car lot up to the Elf Community. Lake always boasted about teaching Mary and Susie how to drive on the car lot. He called Susie “Charlie” and let both girls play taxi by driving around the cars.

He and France opened a Car Lot and Furniture store where the GA Mountain Restaurant is now located. The sold TV’s. Lake delivered and installed them. He would have to carry the antennas and walk up mountains to find reception. But he enjoyed seeing the family’s faces when they got their first TV picture. Again, he had so many funny stories about this times. He, Guy and Jim Brugh bought a car hauler and would go up north to buy cars to be sold on the lot. Guy would paint them.

Lake bought the lot on the square from Jimmy Brown. It had weeds taller than your head. He went to Blairsville and bought the little car office that is still standing. He bought it from the boys at the Chevrolet place.

Lake, France, and Guy would still go to the car sale in Gainesville every Friday night and they always at at the Georgiann Restaurant. Sometime Dr. Acree, J. William and others would go along for the ride. Boy did they have stories to tell about their weekly trips. They became the Hiawassee “Rat Pack”

To send flowers to the family in memory of Lake Hogsed, please visit our flower store.
Send a Sympathy Card