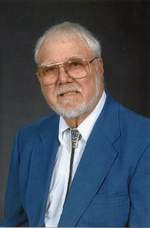 Kenneth Daniel Earley passed away in Hiawassee, GA on February 13, 2011. Mr. Earley was born on July 10, 1937 in Cornwall, New York. He lived there and in Newburgh, New York until he went into the U.S. Navy from 1954 to 1958.
He retired from the Pinellas Suncoast Transit Authority in Clearwater, FL in 1997 and moved to Hiawassee in 1998. He was a member of McConnell Memorial Baptist Church and was active in several ministries, such as a Deacon, Choir, Usher, Security and Awana Commander. He was also a Gideon.
Kenneth is survived by his wife of 52 years, DeAnne Mason Earley, of Hiawassee, GA; son, Kenneth Vincent Earley, of Eliot ME; daughter, Brenda Lee Hunt of Hiawassee, GA; brothers George Gordon Earley and Noel Walter Earley of Windsor, NY; grandson, Jerry Daniel Hunt and granddaughter-in-law, Kim of Largo, FL, granddaughter, Jessica DeAnne Hunt, of Hiawassee, GA, grandsons, Zakary Tubman Earley and Derek Anthony Earley, of Eliot, ME, great grandson, Landon Jonathan Hunt, great granddaughter, Lauren Elisabeth Hunt, of Largo, FL; one nephew, Chris Earley and one niece, Denise Earley.
Memorial services were on Sunday, February 20, 2011 at 3:00PM from the sanctuary of McConnell Memorial Baptist Church with Pastor Don Pickerill officiating. The family received friends from 2:00-3:00 PM. Special music will be by Henry Hardage, "Thank You For Giving to the Lord", and "Amazing Grace" sung by Patsy Daniel.
If you wish, the family requests donations and contributions be made to the Freeing of the Future at McConnell Memorial Baptist Church in memory of Kenneth of Trails End Ranch, P.O. Box 460, Ekalaka, MT 59324.
Banister Funeral Home of Hiawassee in charge of arrangements.

To send flowers to the family in memory of Kenneth D Earley, please visit our flower store.