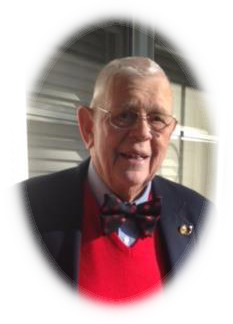 Steve was born on March 31, 1923 in Hiawassee, GA, to John Truman and Stella Brown Holmes, he was preceded in death by his parents, his wife (Joyce), his siblings (Bill Holmes, Max Holmes, Gerald Holmes and Gertie Mae Layson), and a granddaughter (Rebecca Kessler). Surviving sisters are Anne Edwards of Eugene, Oregon and Imogene Turpin of Hiawassee.

In 1943, Steve enlisted in the U.S. Navy and was sent to the Great Lakes, Illinois for boot training. From there he was sent to Monterey, California and spent most of his deployment in the Aleutian Islands, Alaska. He achieved the rank of Storekeeper Third Class. After his discharge in 1946, he worked several months in Michigan before returning to Towns County where he spent the remainder of his life.

Steve managed Hendrix Tourist Camp in Hiawassee while taking courses for a high school diploma and entering Young Harris College. In 1953, he became one of the first World War II veterans to graduate under the GI Bill from Young Harris College. He then attended Piedmont College before becoming the Administrator of Towns County Hospital in April 1953. He held this position for over 30 years. Upon retiring from the hospital, Steve continued to serve Towns County by working at the Courthouse Annex in a variety of positions for 28 years. He retired in February 2017. He was the longest serving Deacon of Friendship Baptist Church, Friendship Community Club President, Georgia Hospital Association; Georgia Health Care Association, and Towns County Board of Health. He held Georgia’s record for serving on the Board of Health for over 50 years. He was a member of the Towns County Lions Club for 61 years serving as President, Secretary and Director. He received numerous Lion Awards including the Melvin Jones Fellow Award presented for Humanitarian Service from Lions International.

In lieu of flowers contributions may be made to the Joyce and Steve Holmes Scholarship Fund or Burch Cemetery Fund, 1136 Friendship Rd., Hiawassee, Ga. 30546

Banister Funeral Home of Hiawassee was in charge of arrangements.

To send flowers to the family in memory of Julian Steve Holmes, please visit our flower store.
Send a Sympathy Card