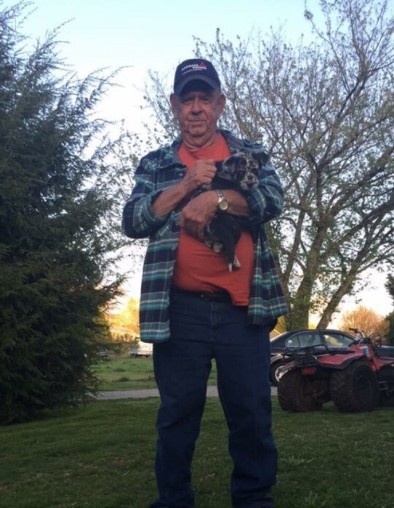 
Johnny "Phil" Denton, age 76 of Hiawassee, Georgia passed away Wednesday, August 4, 2021. Phil was born in Murphy, North Carolina on December 4, 1944 to the late Harold and Susie (Arrendale) Denton. He was a member of Lower Hightower Baptist Church and also attended Macedonia Baptist Church. Almost every morning Phil met his buddies at McDonalds where they would all sit, talk and solve the worlds problems while enjoying breakfast together. Phil never opened a phonebook, instead he would call up a friend who would stop what they were doing and look the number up for him, he was the type of guy people did that kind of thing for. Well liked, humble and kind. He loved working around his farm and his beloved trucks.
Phil is preceded in death by his parents; brothers, Bobby and Duard Denton. He is survived in death by his wife of 52 years, Gwen (Henderson) Denton; brothers, Jimmy and Edward Denton; sons, Mickey Denton, Scott (Lisa) Denton; granddaughters, Faythe, Kenzlee, and Emma Denton; and his best friend Steve Mulkley along with a number of nieces and nephews.
Pallbearers: Chuck Galloway, Ricky Mathis, Kevin Kitchens, Danny Barnard, Greg Rogers, Mark Nicholson and Jerry Miller.
Visitation: Saturday, August 7, 2021 from 10am-2pm at Banister-Cooper Funeral Home.
Service: Saturday, August 7, 2021 at 2pm at Banister-Cooper Funeral Home with Pastor Steve Merck and Pastor Wade Lott officiating. Interment will follow at Lower Hightower Baptist Church. Banister-Cooper Funeral Home is in charge of arrangements for Mr. Denton.

To send flowers to the family in memory of Johnny "Phil" Denton, please visit our flower store.