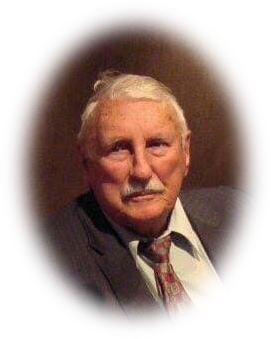 Mr. John “Jack” Robert Van Nus Jr., age 92, of Hiawassee, Georgia passed away peacefully at his home surrounded by his adoring family. Jack was born on April 2, 1926 in Ft. Lauderdale, Florida to the late John Robert Sr. and Isabel (Zimmer) Van Nus. He joined the United States Navy in 1944 and served our country during World War II and was Honorably Discharged in 1946. After serving in the Navy, he married the love of his life, Barbara Smith on June 17, 1949. Jack was a hard worker and painted homes for many years. In his spare time, he would watch the Atlanta Braves or go fishing. He also loved to bake bread. He was a member of McConnell Memorial Baptist Church for 48 years. Jack was preceded in death by a brother, Donald Van Nus and a sister, Betty Adkins. He is survived by his wife of 69 years, Mrs. Barbara Smith Van Nus; son, John Robert Van Nus III; daughter and son-in-law, Donna Lee and David Barrett; son, Paul Richard Van Nus; daughter and son-in-law, Katie and Ed Sanders; sisters, Nancy Slavik and Jo Ann Sargent; six grandchildren, six great grandchildren, a number of nieces and nephews and a host of friends. A memorial service will be held on on Sunday, September 30, 2018 at 2:00 PM with Rev. Danny Byers officiating at McConnell Memorial Baptist Church. The family will receive friends prior to the service from 1:00 - 2:00PM. The family will continue to meet with friends after the service in the Family Life Center. In lieu of flowers, the family requests donations be made to the McConnell Memorial Baptist Church Benevolence Fund. Donations may be sent to 84 Church Street Hiawassee, Georgia 30546 or to P.O. Box 235 Hiawassee, Georgia. Banister Funeral Home of Hiawassee, Georgia is in charge of arrangements.

To send flowers to the family in memory of John Robert Van Nus Jr., please visit our flower store.
Send a Sympathy Card