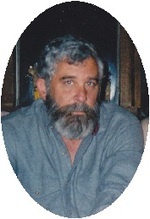 Mr. John G. McGill, Jr. age 65 of Hayesville, NC passed away on Wednesday, September 07, 2011 following a period of declining health. He was preceded in death by son Manny McGill. He was born to the late John Gilbert McGill, Sr and Louise E. (Taughinbaugh) McGill on August 31, 1946 in Moundsville, WV. He is survived by his wife Sue Brewer, of Hayesville, NC; daughters, Brac (Bob) Bowers, of Liberty, KY; Mollie McGill and Pia Kluth, both of Blairsville, GA; son, Jon (Glenda) McGill, of Blairsville, GA; sisters, Lois (Roger) List, of Newburn, NC; Lynda McGill, of Ocala, FL; twelve grandchildren, one niece and two nephews also survive. In lieu of flowers the family request donations and contributions be made to www.3ABN.org. Memorial services will be announced at a later date. Banister Funeral Home of Hiawassee in charge of arrangements.

To send flowers to the family in memory of John G. McGill, please visit our flower store.