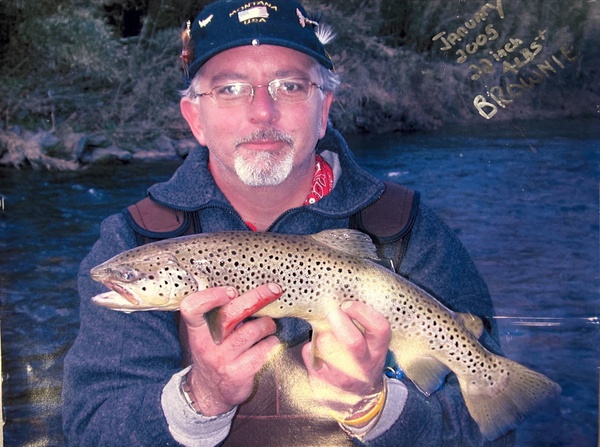 John Francis Donnelly, age 63, of Hiawassee, Georgia passed away Wednesday,  July 13, 2022. John was born to the late James and Marie (Ettore) Donnelly in Staten Island, New York on July 6, 1959. He was a member of Hayesville United Methodist Church. John was a guy who enjoyed being the life of the party, he could and did talk to anyone, and kept people guessing with his exaggerating manner. His personality was such that you could never meet and then forget him. John was a former scuba diving instructor and mostly collected guitars but would occasionally pick one up and strum a few cords for the entertainment for himself and his family. He lived life wide open, enjoyed riding his motorcycle, hunting and especially fishing. He loved and was loved deeply by his family.
He is preceded in death by his parents; brothers, James Donnelly, Jerry Stalker; and sister, Margie Erickson. He is survived in death by his wife, Betsy Donnelly; daughter, Amanda Donnelly(aka Sweetpea); son, John Donnelly Jr. (aka Bud); sister, Annetta Vulcano; many nieces nephews, extended family and friends.
Service information: Sunday July 17, 2022 in the chapel of Banister-Cooper Funeral Home 4:00P-6:00P.
Banister-Cooper is in charge of arrangements for Mr. Donnelly.
To send flowers to the family in memory of John F. Donnelly, please visit our flower store.