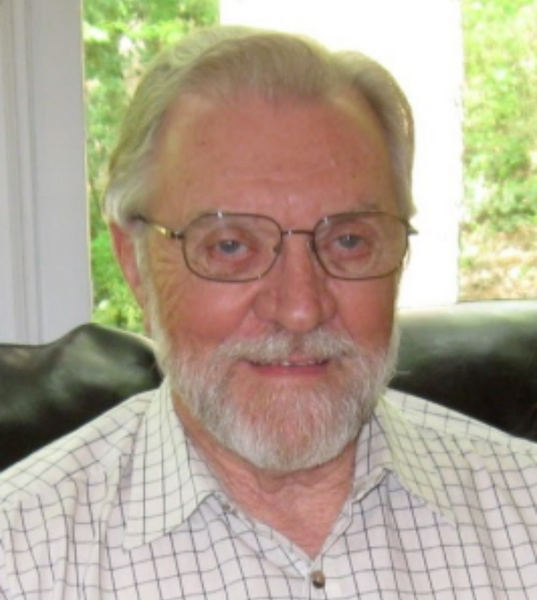 Joel was an independent trucker for over 40 years. He and Lorene also ran two convenience stores in Hiawassee. He also served as Commander for local VFW Post #7807 from 2009-13 and was a real estate developer.

Joel grew up on a farm raising pigs and cattle. He loved his horse “Brownie” and helped his father in the logging business. His parents were one of the first in the Hiwassee River community to own a (1940 Philco) radio and neighbors would bring food and listen late into the night.

He loved cars and his main hobby was motorcycle cruising. His first vehicle was a new 1950 F-1 Ford truck, and he paid it off by delivering a weekly newspaper, Grit, and hauling firewood.

In the early 50’s he was a US Merchant Marine, hauling pig iron on the Great Lakes from Wisconsin to Ontario. Meals, provided by friendly Czechoslovakian and Polish-American families along the route, influenced his love of polka music. Ray Price was still his favorite country singer

He enlisted in the Army soon after and traveled to Korea with stopovers in Seattle and Hawaii. He visited the DMZ and witnessed people running towards freedom. This stuck with him his entire life.

In the ‘60s, with a growing family, Joel had multiple chicken houses. He felt the small, local operators were not being compensated fairly by the large corporate egg companies and began collecting eggs from 27 local houses in GA & NC and trucking them north to NJ & NY for better prices. This grew into his independent trucking business, which survived through various recessions into a fleet of trucks that traveled across the country for Harper Motor Lines, and Watkins. He also delivered eggs for Parker and Reichman Farms in Andrews, NC.

In the ‘80s, he and Lorene ran the Friendship convenience store at the intersection of Sunnyside Rd (288) and US-76, then they operated J&L Grocery in the ’90s, closer to home, which, grew into a popular movie rental store and breakfast/lunch café. They were always willing to barter for locally-grown produce and fresh trout.
After selling J&L, he drove a gravel truck locally for many years. His later years were filled with a love of lawn maintenance on all his properties and meeting his friends for coffee, where they solved the world’s problems.

The Standard Cremation & Funeral Center in Anderson, SC is in charge of cremation.

Banister-Cooper Funeral Home is assisting the family locally with the Graveside Services and Celebration of Life.

At 2pm on February 26th, there will be a private graveside service for family.

To send flowers to the family in memory of Joel Clifton Turpin , please visit our flower store.