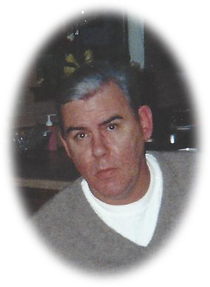 James Everett Gray, 66, died at his home in Hiawassee on Wednesday, January 6, 2016. Born in Cartersville, GA, James moved to Cobb County at the age of five and remained there until he and his wife relocated to Hiawassee in 2008 to spend their retirement years.
Following high school graduation, James attended General Motors and Cummins Diesel Trade Schools in Atlanta to prepare for his life-long career as an automobile / truck mechanic. As a young man, James liked to work on race cars; later he became an ardent Nascar fan.
James was preceded in death by his parents Everett and Leatha Gray, and his only child, a son, James Everett Gray III. James is survived by his wife, Wanda Cockerham Gray, his sisters, Barbara George (Jerry) and Libby King (Marion), two nieces, and a nephew, and his devoted pet, Scamp.
James found enjoyment in the warmth of the people and the beauty of the land in Towns County.
Friends were received at Banister Funeral Home on Friday, January 8; funeral services were held on Saturday, January 9 at the Hiawassee United Methodist Church with the Reverend Sam Hamby officiating. Roy Perren, Jamesâ€™ Sunday school teacher, was the chosen vocalist.
To send flowers to the family in memory of James Everett Gray Jr., please visit our flower store.
Send a Sympathy Card