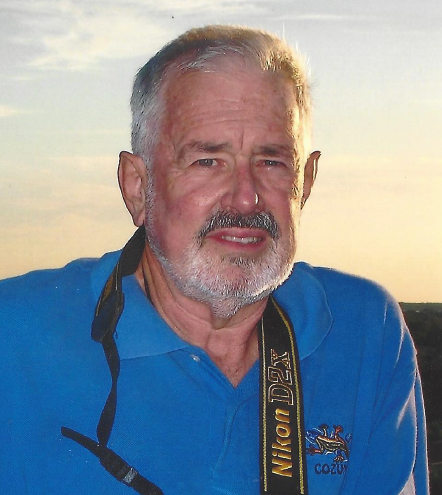 James A. Bryant Obituary 2022 Dr. James A. “Jim” Bryant, PhD., 80 of Young Harris, GA passed away peacefully on April 4, 2022. Born on July 27, 1941 in Booneville, MS, Jim was the eldest son of N.A. and Opal Bryant of Jackson, Tennessee. Jim graduated from Jackson High School and Union University on a full track scholarship. Jim was inducted into the Union University Sports Hall of Fame in 2008.
A lifetime believer in education, Dr. Bryant earned two Masters Degrees and the Ed.S. Degree from UGA and a Ph.D. Degree from Georgia  State University. Jim served thirty-two years in public education as a teacher, principal and supervisor in the DeKalb County School System in Atlanta, GA. Principal Bryant’s 24 years leading Redan Elementary School had a tremendous impact on the community through innovative programs for his beloved students.
Dr. Bryant retired in 1995 to Towns County with his wife Lisa, where they volunteered as sports photo-journalists in local Towns County newspapers reporting on the Towns County Indians and the Young Harris College Mountain Lions. Jim was also a photographer for the Georgia Mountain Fair for over twenty years and his photos can still be found displayed throughout the community and in publications far and wide.
Passionate about travel, Jim regularly toured the globe with camera in-hand, ultimately documenting with Lisa more than 70 trips around the world. Inspired by these excursions, he began his third career writing novels, ultimately self-publishing over 17 books-in-print. Jim lived a good life, ran many a good races, and was spiritually right with his maker. A  man of strong faith is his Lord Jesus Christ;  Jim was a member of House of Prayer (Blairsville) and McConnell Church (Hiawassee).
He is survived by his loving wife of 29 years, Lisa Bryant, his children, Michelle Heckl (Karsten), Scott Bryant (Jenny), and Chuck Bryant (Emilie), his five grandchildren, Shelby (Dan), Regan, Noah (Ellie), Abby, and Ruby; great granddaughter Charlotte, and his brother, Ed Bryant (Cyndi).
In lieu of a memorial service you can honor Jim by writing a tribute on the online memorial page at www.banisterfuneral.com.
Banister-Cooper is in charge of arrangements for Mr. Bryant.
To send flowers to the family in memory of James Allen Bryant, please visit our flower store.