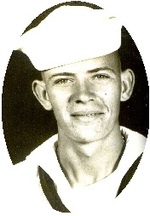 Mr. James Jack Brown,  age 76, of Hayesville, NC passed away on June 16, 2012 at the VA Medical Center in Asheville, NC. He was born to the late Richard and Mary (Conner) Brown on September 05, 1936 in Hiawassee, GA.He was retired from the United States Navy. He is preceded in death by his wife, Norma Jean (Ledford) Brown, one sister, Minnie Reynolds, a brother, Richard Mack Brown.  He is survived by one sister, Susie Bradley, of Hayesville, NC; one son, Dean Brown, of Cookeville, TN; one daughter, Karen Brown, of Hayesville, NC; grandchildren Shandra Deanna Brown, Kaitlyn Nicole Brown and Colton Spencer Brown and a number of nieces and nephews. Funeral services will be held on Friday, June 22, 2012 at 1:00PM from Banister Funeral Home chapel with Rev. Eileen Mosteller officiating. Music was provided by Bobby Ellis. Interment was in Union Hill Baptist Church cemetery in Hayesville, NC. Banister Funeral Home of Hiawassee in charge of arrangements.

To send flowers to the family in memory of James Jack Brown, please visit our flower store.
Send a Sympathy Card