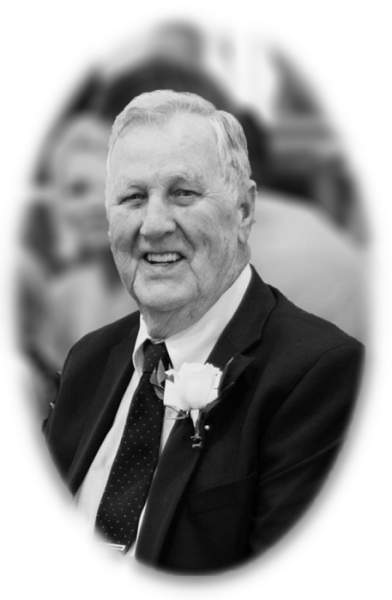 Mr. Jack Moss, age 81, of Hiawassee passed away at his home on Sunday, September 13, 2020.  Jack  was born on November 26, 1938 to the late Mr. and Mrs. Ernest V. and Hazel (Ledford) Moss. Jack never met a stranger.  He was a beloved husband, Dad, Grandaddy, devoted Christian, and avid outdoorsman.  You may not know where he would be Monday - Saturday, but you could bet where he would be on Sunday morning.  He was a loyal member of Bell Scene Baptist Church for 58 years, serving as deacon for 36, Sunday School teacher, and song leader.  He was a phenomenal fly fisherman, hunter, and marksman. He loved teaching others his outdoor skills, but he never did pass on his "luck."  Jack knew all the surrounding mountains and had a natural talent for locating game and being successful in his quest for game. He served in the United States Army for 4 years, he then retired from Georgia Forestry Commission after 30 years.
Jack is preceded in death by his parents, brother Willis "Bill" Moss, and brother-in law Kelsy Nicholson. He is survived by his loving wife Arbena (Nicholson) Moss, sons and daughters-in-law, Kevin and Angie Moss, and Ketron and Missy Moss;  brother Ronald "Ronny" Moss; sisters-in law Ann Moss and Lois Nicholson; and grandchildren Jordan Moss, Kindle (Dillon) McDonald, McKenzi (Austin) Brumby, Jackson "Boone" Moss, and Major Moss;  neices, nephews, and many, many  close relatives and friends all of whom he loved dearly.
We are blessed to have known and loved Jack. We are so thankful for the legacy of lessons and memories he has shared with us all. He loved the Lord and was a strong Godly example of a man, husband, father, grandfather and friend. We stand assured of his place in Heaven and know we will see him again one day.

For the safety of yourself and our community the family respectfully asks that you wear a mask and practice social distancing. They are very thankful for the love they have been shown through Jacks passing.

Banister-Cooper Funeral home is in charge of the services of Mr. Jack Moss.

To send flowers to the family in memory of Jack Moss, please visit our flower store.