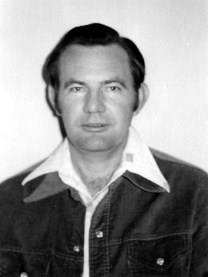 Jack McKay, 80 died Saturday, January 14, 2017 following an extended illness. He was born to the late Leonard and Hazel (Berrong) McKay on November 19, 1936 in Towns County, Hiawassee, GA. He was married to Barbara Ann (Nichols) McKay on May 29, 1954, they were married 62 years. Jack is survived by his wife, Barbara and two children, his daughter Abby, fiancée, Mark Cole, his son, Rodney and wife Sandra, two grandchildren, Ryan and Alyssa and the rest of his family and friends. The visitation will be held from 6 PM to 8 PM on January 17, 2017 at Banister Funeral Home. The funeral service will be held at 2 PM on January 18, 2017 at Upper Hightower Baptist Church. Reverend Dwayne Beck will be officiating. Burial will follow immediately at Upper Hightower Baptist Church Cemetery. Funeral arrangements are being handled by Eternal Hills Funeral Home, Snellville, GA and Banister Funeral Home, Hiawassee, GA.

To send flowers to the family in memory of Jack McKay, please visit our flower store.